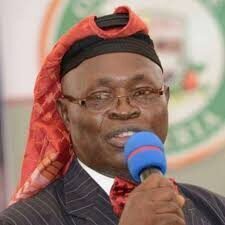 The Muslim Rights Concern (MURIC) has called on the Federal Government to recruit more policemen, soldiers and personnel for other security agencies.

Calling for the procurement of state of the art equipment and weapons , the Islamic group said the addition of more operatives would curb the spate of insecurity.

The advice was contained in a Sallah message by the Director of MURIC, Professor Ishaq Akintola.

Akintola said the he present state of insecurity requires drastic solution and that the weakness is inadequate number of security men.

“Whereas the United Nations recommends at least one policeman for every 450, 499 or 500 citizens, the numerical strength of the Nigerian Police falls below this world standard.

“Unfortunately no new recruitments were made from that period until 2016 when 10,000 policemen were added to police population. This has been an annual exercise and the number may have jumped to around 377,000 as at 2021.

“Another 70,000 would have been added if previous administrations had employed 10,000 more policemen per annum since 2009. But they did not.”

Akintola said with the projected 377,000 policemen securing a population of 210 million people, Nigeria can only boast of one policeman to every 557 citizens.

The Director said the ratio is even poorer because more than half of police personnel are on special duties trying to secure very important personalities (VIPs).