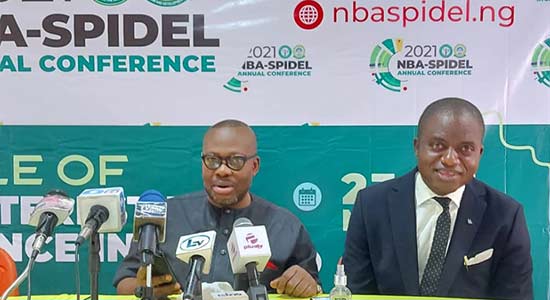 In a Press Release made available to newsmen, Ubani said the Annual Conference will hold from Sunday, May 23 to Wednesday, May 26, 2021 at the world-class Jogor Centre in Ibadan, Oyo State.

“The hybrid conference will host delegates at the expansive Jogor Centre in strict compliance with COVID-19 protocols while several sideline social events and a State Banquet have been planned to ensure that delegates experience the best that the ancient city of Ibadan can offer.

“It is recalled that Governor Makinde had during a courtesy visit by NBA-SPIDEL delegation assured that adequate security would be provided for the delegates throughout their stay in Ibadan.

“Curtains will be drawn on the conference with the election of a new leadership to take over from current NBA-SPIDEL Chairman, Prof. Paul Ananaba (SAN) following his outstanding revival of the once moribund but influential NBA section.

“I invite you all to attend this highly promising conference which will be followed by a policy document on governance challenges in Nigeria.”