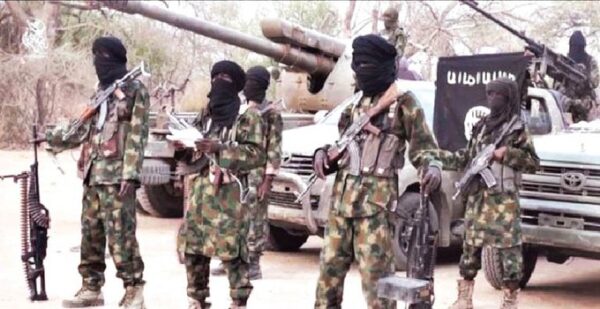 The other countries are Cameroon, Niger and Chad. The Federal Government is waging war against terrorists in Borno, Yobe and Adamawa.

Raab, who dropped the hint during presentation at a meeting of foreign ministers from more than 45 countries in Rome, described the budget as part of the new UK funding to fight the growing threat of terrorism in West Africa.

The ministers met under the auspices of Global Coalition Against Daesh/ISIS.

The session focused on “deepening cooperation to combat Daesh and its affiliate terrorist groups, including emerging threats across the African continent.

“This will support regional military efforts to counter Daesh and other groups, as well as efforts to safely demobilise suspected low-level members of terrorist groups.

”Two years since Daesh’s territorial defeat in Iraq and Syria, the threat of Daesh and its hateful ideology has not gone away. Worryingly it continues to grow in Africa which is why we must work with our Coalition partners to fight its poisonous propaganda on all fronts.

“We stand shoulder to shoulder with our African partners to tackle the growing threat from Daesh-linked groups across Africa, particularly in the Lake Chad Basin.”

He said coalition partners will “come together to tackle this pressing threat and target the longer-term drivers of terrorism, both in the Middle East and in areas of Africa where attacks from Daesh-linked groups have been growing.”

He said the UK is committed to burden-sharing with its security allies, and to serve as a “force for good in the world”.

A communiqué after the meeting reads in part: “In a session of the meeting/ focused on the security situation in other continents and regions, particularly Africa, the Ministers noted with/ grave/ concern that Daesh/ISIS/ affiliates and networks in sub-Saharan Africa threaten security and stability, namely in the Sahel Region and in East Africa/Mozambique./

“The coalition/ is committed/ to/ working with affected countries to address/ the threats/ posed by Daesh/ISIS/ in/ Africa to ensure the enduring global defeat of the organization upon the request and prior consent of the countries concerned, and/ in full respect of international law and in/ close/ coordination/ with existing initiatives, notably the Coalition for the Sahel and the Global Counter-Terrorism Forum.

“The ministers welcomed/ the presence of delegations from several African nations as observers to this ministerial meeting. “The ministers discussed that reinforcing civilian state institutions and consolidating the rule of law, including law enforcement capacity, will be an essential component of combatting Daesh/ISIS, and that the/ Global/ Coalition/ to Defeat Daesh/ISIS/ will seek to have/ effective/ engagement/ on the African continent./

“The ministers/ tasked the Coalition Working Groups to assess ways in which they can contribute to counter Daesh/ISIS efforts in/ the affected regions./ / The Ministers also welcomed Afghanistan’s efforts to counter the Islamic State in Iraq and Syria-Khurasan (ISIS-K)”.