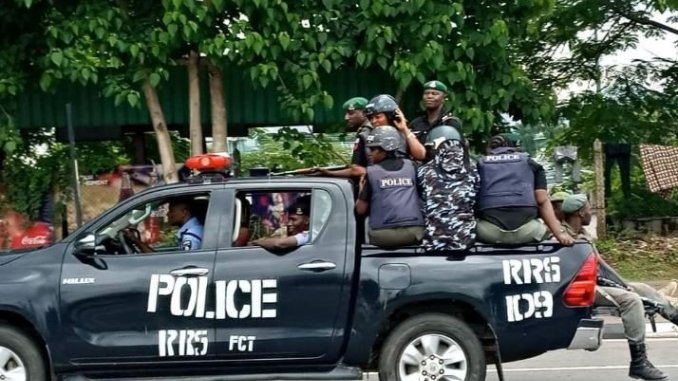 Michael Abattam, the State’s Police Public Relations Officer, in a press release, said the suspected kidnappers were arrested in Tebegbe water side in Delta State.

According to the release, the tactical team of the command acted on a tip off and stormed the hideout of the kidnappers where they were all arrested.

The kidnap victim whose name was given as Cornelia Oluebube, was said to be an indigene of Amakohia in Owerri-north LGA of Imo State.

“On interrogation, the three suspects volunteered useful information which enabled the command made other arrests.

“While the tactical team was escorting the suspects outside their hideout, one of them, Terry Mez, took to his heels and was shot on the leg to prevent him from escaping from lawful custody.

“On arrival to the command, the escaping suspect was taken to the Nigeria Police Hospital Amakohia in Owerri-north, while the victim was reunited with her parents unhurt,” he said.

The statement further said the suspects would soon be charged to court.