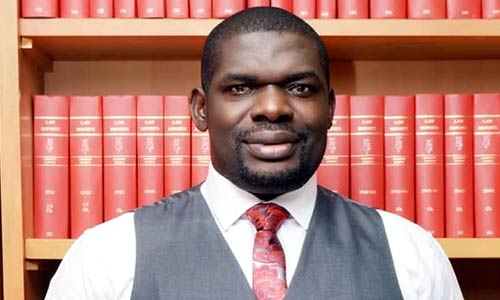 The Dispute Settlement Body (DSB) of the African Continental Free Trade Area (AfCFTA) held its inaugural meeting on 26 April 2021 at the AfCFTA Secretariat in Accra Ghana. The DSB is composed of the representatives of the State Parties and shall have the power to establish Dispute Settlement Panels and an Appellate Body responsible for settlement of disputes between the member States. The mandate of the DSB also extends to adopting the reports of the Panels and Appeal Body as well as monitoring and ensuring the implementation of the ensuing decisions. In carrying out its mandates, the DSB will work with the AfCFTA Secretariat while maintaining its independence in the area of dispute settlement.

The inaugural meeting signals the readiness of the AfCFTA dispute settlement infrastructure to take up any disputes that may arise in the course of trading amongst the member States. Disputes are inevitable in any free trade area and when any such disputes arise under the AfCFTA, the resolution is to be in line with the Protocol on Rules and Procedures on the Settlement of Disputes which forms part of the Phase I Negotiation. Recognizing its importance to the success of the trade deal itself, the Protocol proclaims that “the dispute settlement mechanism of the AfCFTA is a central element in providing security and predictability of the system” and “shall preserve the rights and obligations of State Parties under the Agreement and clarify the existing provisions of the Agreement in accordance with customary rules of interpretation of public international law.”

Though inspired by the World Trade Organization (WTO)’s dispute settlement architecture, the AfCFTA framework is meant to address some of the lapses in the WTO. In an exclusive opinion piece for “The Africa Report”, Mr Wamkele Mene, Secretary-General of the AfCFTA, explained how the AfCFTA will work in order to avoid the pitfalls of other trading blocs. As noted in the report:

“The WTO’s tribunal of final instance for global trade disputes, the Appellate Body, has been reduced to irrelevance over disagreements on its composition. The paralysis of both the WTO’s negotiating and dispute settlement arms means that trade disputes between China and the United States, two of the WTO’s largest members, have flared into open hostility.”

Drawing from the WTO experience, the African States in negotiating the free trade treaty cherry-picked the aspects of the WTO’s dispute settlement system that have worked and jettisoned the problematic parts.

At the Virtual Press Conference held on 04 May 2021 to update the public on the status of the implementation of the AfCFTA and the progress made so far, the AfCFTA Secretary-General re-echoed the importance of the dispute settlement mechanism to the success of the AfCFTA while answering questions from journalists across Africa. Commenting on the milestone achievement recorded with the inaugural meeting of the DSB, he noted that:

All eyes are now on the AfCFTA DSB as it shoulders the task of ensuring that disputes between member States are resolved in an efficient, transparent, fair and impartial manner. The starting point is to ensure that persons appointed to be members of the Dispute Settlement Panels and Appellate Body have the expertise and experience in the subject matter of the dispute and are chosen strictly on the basis of objectivity. There is even more important corresponding duty on the State Parties when nominating persons to be included on the indicative list or roster of individuals to serve as Panelists to ensure that nomination is based on merit and proven expertise on the subject matter. The member States should eschew any nepotistic or tribal considerations in nominating State representatives. The Nigerian government should resist the temptation to premise its nominations on Federal Character or other ethnic or religious considerations as we’ve seen in recent appointments.

Recent events such as the reported discriminatory measures against Nigerian traders in Ghana, the closure of Nigerian Border with Benin Republic, the Xenophobic attacks in South Africa on African businesses and the retaliatory attack on South African-owned businesses present examples of the kind of disputes that may come up before the AfCFTA DSB assuming that similar issues arise in the future. Others may include disputes over conflicting public policies, tariffs and non-tariff barriers, rules of origin, dumping, regulatory excessiveness, standardization, trans-shipment, taxation, market access, and consumer protection etc.

The AfCFTA dispute settlement mechanism is restricted to State-to-State disputes. The treaty is silent on the mechanism for the resolution of disputes between private individuals. Notwithstanding this limitation, the private sector participants such as the SMEs and other business entities will be able to petition their governments to implement the rights and obligations set out in the agreement establishing the AfCFTA. That way, the rights of the private sector can be enforced using the State instrument. For instance, in a situation where citizens of a member State are being subjected to discriminatory measures in another AfCFTA member country, the affected country may decide to refer the case to the DSB on behalf of its citizens, after exhausting the amicable settlement options such as Good Offices, Consultations, Conciliation and Mediation. It is not yet clear what yardstick will guide such referrals or to what extent such anti-free-trade measures will impact on the citizens of the member state, before it decides to challenge the infractions at the DSB. Whatever the case, where a member State fails to protect the rights of its citizens, the affected traders may seek other legal remedies available under the national laws or within any Bilateral and multilateral instruments applicable to the disputes.

In relation to investment disputes, the ongoing negotiation of the AfCFTA Protocol on Investment is meant to clarify the uncertainty around the framework for resolving investor-state disputes. The member States in choosing to resolve their disputes within the AfCFTA framework should be aware of the fork-in-road provision under article 3(4) of the Protocol, which precludes a State Party who has invoked the dispute settlement procedure under the Protocol with regards to a specific matter from invoking another forum for dispute settlement on the same matter. Another area of interest is the enforcement of decisions reached under the AfCFTA dispute settlement process. Effectiveness of a dispute resolution mechanism is often measured with the 3 E’s which are efficiency, expertise, and enforceability. Challenges will likely arise in relation to compliance with decisions under the AfCFTA as we have seen under the WTO and other regional trade treaties. It is hoped that the desire to enhance investors’ confidence and the spirit of amity will spur the AfCFTA members to comply with decisions made by the dispute settlement bodies. In the end, the success of the AfCFTA will depend largely on the willingness of the member States to adhere to the agreement and to eschew any form of self-help when they perceive any breach of the trade deal.