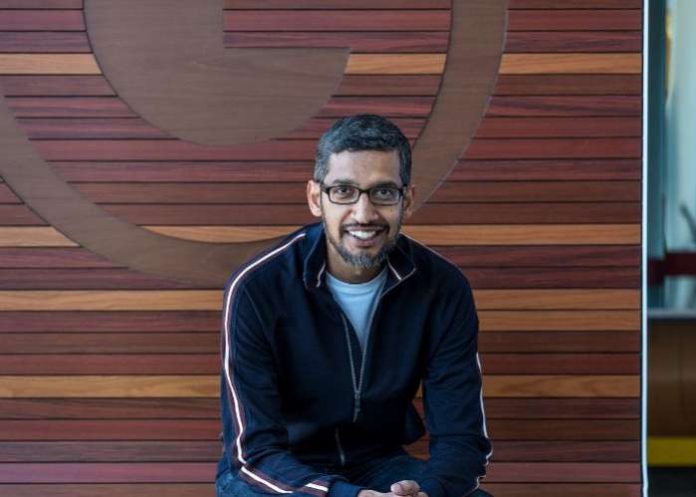 Google CEO Sundar Pichai got the promotion of a lifetime earlier this month, when company co-founders Larry Page and Sergey Brin relinquished control of parent company Alphabet Inc. to the longtime Google executive and stepped back after more than two decades at the search giant.

Now, Pichai’s compensation is changing to reflect his new dual role as Alphabet and Google chief executive. According to Bloomberg, which cites a financial filing published Friday, Pichai is being granted a $240 million stock package on top of a $2 million annual salary to take effect in 2020. The stock package is tied to performance metrics and will be paid over the course of three years. According to Bloomberg, Pichai could make an additional $90 million pending Alphabet’s share performance in relation to the S&P100 Index. This is the first time the company has granted performance-based stock grants.

Pichai is already one of the highest paid executives in Silicon Valley, having held the job of Google CEO since 2015 when Page and Brin first restructured the company to create Alphabet. His salary last year clocked in at $1.8 million, Bloomberg reports, and prior to that Pichai is reported to have made $650,000 a year.

However, he’s received numerous stock grants over the last decade, including one for $250 million in 2014 and a pair of grants in the years afterward totaling $300 million, that have put his net worth close to $1 billion. Pichai received the last of those stock grants in 2016, and he’s made so much money, in fact, that he turned down an additional stock grant last year, Bloomberg reported. Although he is among the highest paid executives in tech, Pichai’s net worth pales in comparison to Page and Brin, both of whom own roughly 6 percent of Alphabet and have respective net worths of $65 billion and $63 billion.

Since then, employees’ relationship with management has grown severely antagonistic around issues like labor organizing, with multiple fired or resigned employees saying they were retaliated against for organizing internal protests and labor actions. Just yesterday, former Google employee Claire Stapleton, an organizer of the Google Walkout, detailed the retaliation she faced from the company in the months following the protest in a first-person essay for Elle magazine. Stapleton eventually quit the company, along with three of the other six organizers. A grant of this magnitude for Pichai could then be seen as a sign of approval over how he’s handling these various controversies, which may further rankle Google’s growing activist and pro-union coalition.