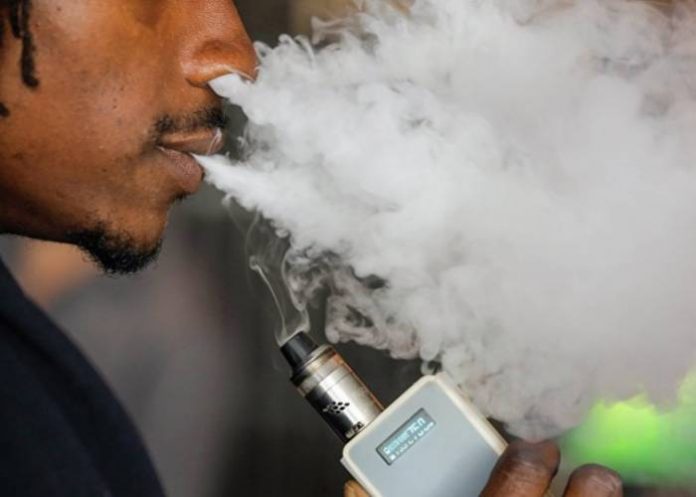 The outbreak of vaping-associated lung injuries this summer and fall can officially be attributed to vitamin E acetate in THC-containing vaping products, the Centers for Disease Control said today. The new confirmation of the link between the chemical and the injuries came after a new study found it in nearly all of the lung fluid samples from a new set of patients.

As of December 17, 2,506 people have been hospitalized with e-cigarette, or vaping, product use-associated lung injury (EVALI), according to the CDC. There have been 54 deaths. The injuries started increasing in June before peaking in September, new CDC data indicates, and the number of visits to emergency departments for vaping-associated injuries have been declining since.

“It is clear that the outbreak represented a new phenomenon,” said Anne Schuchat, principal deputy director of the CDC, during a press conference. “It’s not a recognition of a common syndrome that had evaded our attention.”

Vitamin E acetate was first identified as a key focus of a statewide investigation in New York in September. It was later described as a chemical of concern by the CDC in November, after it was found in every one of a set of 29 lung fluid samples tested by the agency. Investigators also found that most patients with EVALI reported using THC-containing vaping products before their injury. Product testing by the Food and Drug Administration has found many of those products are contaminated with the chemical. It hasn’t been found in nicotine-only vaping products.

In the new study, published today in the New England Journal of Medicine, clinicians collected lung fluid samples from 51 patients with either confirmed or probable EVALI. Vitamin E acetate was found in 48 of the samples — 94 percent. The majority of the patients also had THC in their lung fluid samples. Of the 11 patients who said they had not used THC products in the 90 days before their injury, nine had detectable levels of THC.

The combination of this new data, along with previous reports and product analysis, allowed the CDC to conclude that the chemical was responsible for the outbreak. “The very large increase in cases is attributable to what was happening in this past year in the supply, with vitamin E acetate diluting or tainting THC products,” Schuchat said. In Minnesota, for example, THC-containing products from 2018 did not contain vitamin E acetate, but products from 2019 did.

Vitamin E acetate is a safe dietary supplement and ingredient in topical lotions and creams, but when it’s inhaled, it may interfere with proper lung function. Heating the chemical in a vaporizer can also cause it to break down into a compound called ketene, which can irritate the lungs. More studies are underway to figure out how vitamin E acetate might cause the type of damage seen in EVALI patients. “We don’t have to hold our breath for those results, but they’ll be helpful for us to go a little deeper in understanding the problem,” Schuchat said.

She stressed, though, that there may be more than one chemical causing these injuries. Not every patient with EVALI reported using THC-containing products, and not every tested product associated with an injury contained vitamin E acetate. “This does not mean there are not other substances in e-cigarettes or vaping products that have or are capable of causing lung injury,” she said.