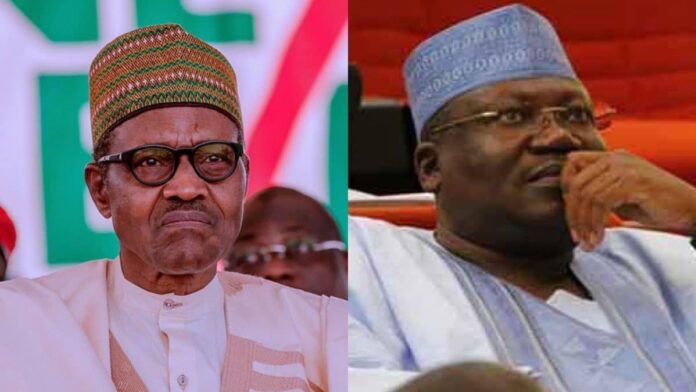 A Federal High Court sitting in Abuja on Monday granted leave to the Socio-Economic Rights and Accountability Project (SERAP) to sue President Muhammadu Buhari, Senate president Ahmed Lawan, and Speaker of the House of Representatives, Femi Gbajabiamila “over failure to disclose details of allocations, disbursement and spending of an estimated N241.2 billion yearly as security votes between 1999 and 2019.”

Justice Ahmed Ramat Mohammed, who gave the ruling following the hearing of an argument on ex parte motion by SERAP’s counsel, Opeyemi Owolabi, expressed satisfaction that the leave ought to be granted and adjourned the motion on notice to December 10, 2019, for hearing.

Justice Mohammed ruled that hearing notices be issued and served on all the respondents within 8 days.

Others parties joined in the suit are Mr Godwin Emefiele, Governor of the Central Bank of Nigeria (CBN), Mr Ahmed Idris, Accountant-General of the Federation and Mr Anthony Ayine, Auditor-General for the Federation.

A statement signed by SERAP Deputy Director, Kolawole Oluwadare and forwarded to DAILY POST said the order by Justice Mohammed has cleared the way for SERAP to advance its case against the respondents and to challenge their refusal to account for the allocations, disbursement and spending of security votes by the Federal Government, 36 state governors and 774 local governments between 1999 and 2019.”

In the suit number FHC/ABJ/CS/1369/2019, SERAP is applying for judicial review and an order of mandamus directing and compelling the President Buhari, Mr Lawan, and Mr Gbajabiamila to disclose details of spending of budgetary allocations as security votes since 1999.

The suit followed SERAP’s Freedom of Information requests and “the respondents’ failure to account for some N241.2 billion of public funds allocated, disbursed and spent yearly as security votes, and the corresponding lack of effective protection of the rights to security and welfare, life and physical integrity of millions of Nigerians.”

The suit read in part: “Nigerians have the constitutional and international human right to know the details of the exact amounts that have been spent as security votes and specific areas and projects covered by the allocation, disbursement and spending. There is overriding public interest in Nigerians having access to these details, and the respondents have legal obligations to facilitate public access to such information.”

“Constitutional provisions requiring governments to ensure the security and welfare of the people are intended to protect the security and safety of citizens and not the security of a few individuals in government. Without transparency and accountability, mismanagement and corruption in the allocation, disbursement and spending of security votes will continue with devastating consequences.”

“The suit is seeking to offer governments at all levels an important opportunity to be transparent and accountable with the exercise of their discretionary powers in the allocation, disbursement and spending of security votes. The public interest in the disclosure of these details outweighs any private interest the respondents may be seeking to protect.”