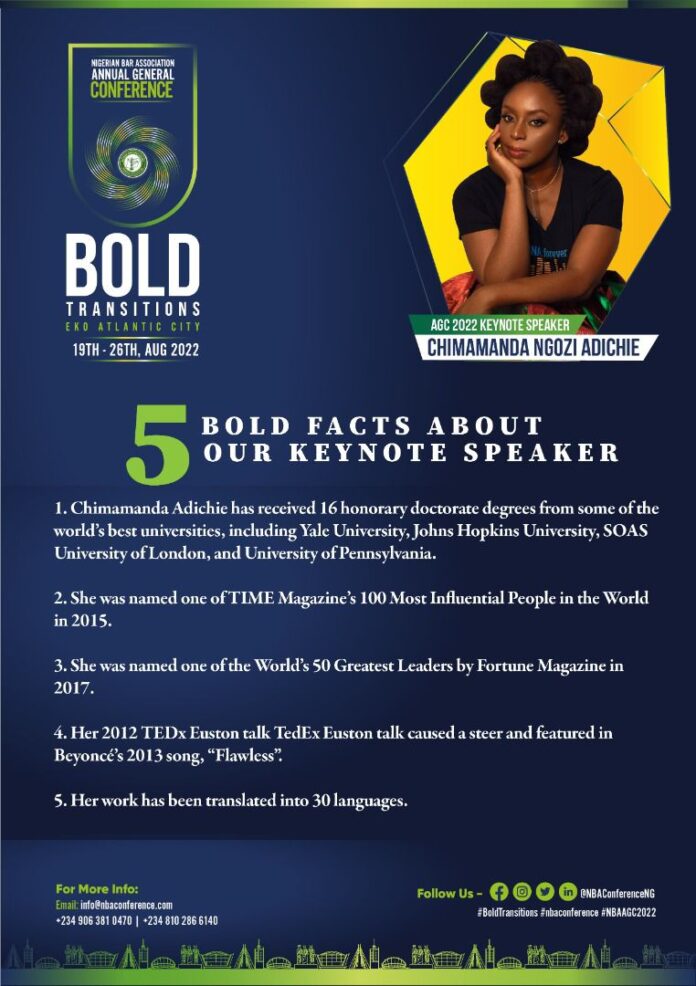 It is no longer news that renowned author, Chimamanda Ngozi Adichie is the Keynote Speaker at the 62nd Nigerian Bar Association Annual General Conference coming up in Lagos in August.

The choice of Adichie as Keynote Speaker at a conference themed “Bold Transitions”, which connotes a transition to a more vibrant, dynamic, and vivacious future, is apt.

It is even more so coming during an NBA administration that has shown leadership in a dynamic and fast-changing world. Ms Adichie, author of many books, is a world renowned thought leader whose opinion on key global issues is highly respected.

Her novel, “Half of a Yellow Sun” published in 2006, made it to New York Times’s “100 Most Notable Books of the Year” in 2007 and has since sold over 5 million copies. While her 2012 TEDx Euston talk, sparked a worldwide conversation, was published as a book in 2014 and featured in Beyonce’s song “Flawless”.

The choice of Ms Adichie also fits into the aspiration of the NBA President to make the 2022 AGC a legacy conference that sets a standard that will become a benchmark for subsequent conferences of the NBA.