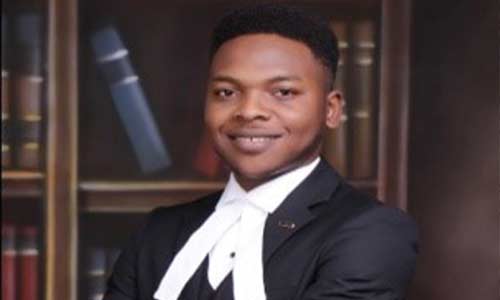 Sometime in 2018, while Kemi Adeosun was serving as the Minister of Finance of the Federal Republic of Nigeria, it was paraded in the public space that she did not participate in the NYSC scheme and as such ought to have been disqualified from holding the office. It was further alleged that the said insinuations remained unabated, thereby, consistently putting her at disadvantageous positions in the pursuit of her career, both within and outside the country. This therefore, necessitated her to file an action for interpretation of the constitution.

Kemi Adeosun approached the Federal High Court, Abuja, via Originating Summons. The two fundamental issues raised before the court by Wale Olanipekun, SAN, on her behalf, were:

1.3 NYSC Certificate as a Precondition for Appointment as a Minister

There was an issue as to whether NYSC certificate was a precondition for appointment as a minister. The relevant section of the Constitution of the Federal Republic of Nigeria, 1999 (as amended) that can give us answer is Section 147(1) of the Constitution. It states  thus: “No person shall  be appointed as a  Minister of the  Government of the  Federation unless he is  qualified for election as  a Member of the House  of Representatives”.

On qualification for membership of House of Representatives, section 65 says:

“(1), a person shall be qualified for election as a member of…(b) the House of Representatives, if he is a citizen of Nigeria and has attained the age of 30 years;….

(2) (a) he has been educated up to at least School Certificate level or its equivalent; and

(b) he is a member of a political party and is sponsored by that party.”

The above provisions did not mention NYSC Certificate. Even section 66 which makes provision for disability does not mention NYSC. Thus the Federal High Court was correct when it held that Adeosun never needed NYSC certificate for appointment as a minister. After all NYSC certificate is available only for degree and HND holders whereas the position of a minister is open to even a secondary school leaving certificate holder. In other words, a minister must not be graduate. In the recent decision of the Supreme Court in SC.1211/2019 between Atiku Abubakar V INEC & Buhari, the court held that to qualify for the office of the president, one does not even need any certificate. All that is needed is attendance of school. Thus, it will be absurd to expect ministers to produce NYSC certificate when constitution did not make provisions for such. In INEC V Musa (2003) FWLR (Pt. 145) 729 S.C., the Supreme Court held that once constitution has provided exhaustive requirements, no other law can add or reduce the requirement and if such other law does it, such added requirement or reduction shall be null and void by virtue of section 1(1)&(3) of the constitution.

Thus, it is most respectfully submit that even if NYSC Act actually contemplates ministerial nominees to present NYSC certificates, the requirement would at best be of cosmetic purpose but definitely not to disqualify anyone from becoming a Minister.

In Saraki v FRN (2016) LPELR- 40013(SC) the Supreme Court of Nigeria emphasized the point that “…where ever and whenever the Constitution speaks, any provision of an Act/Statute, on the same subject matter, must remain silent…”

The Federal High Court decided that Adeosun was not eligible to go for NYSC because though she was 22 as at 1989 when she graduated from the University, she was a UK citizen. The court held as follows:

Is the above finding not contrary to Section 23(1)(c) of the 1979 Constitution which provides that “the following Persons are Citizens of Nigeria by birth, namely (c) every person born outside Nigeria either of whose parents is a citizen of Nigeria “.? Since Kemi Adeosun’s parents were Nigerians, was it not logical and indeed the intendment of the drafters of the 1979 Constitution that she automatically became a Nigerian citizen?.

Citizenship by birth was an issue in the recent case of Ahmed v Minister of Internal Affairs (2017) LPELR-CA/K/199/2014. In this case the suit for enforcement for fundamental right enforcement failed because the Appellant claims that he was a citizen of Nigeria by birth, under Section 23. He was however not able to prove that any of his parents or grandparents belong to a community indigenous to Nigeria.

Since Adeosun’s parents were Nigerians, was she not automatically a Nigerian then? Chief Olanipekun argued that Adeosun was not a citizen of Nigeria by operation of section 26 of the 1979 Constitution which prohibits dual citizenship. Thus, any citizen of Nigeria who acquired the citizenship of another country automatically forfeited Nigerian citizenship bye virtue of that section. This  was so except such a person was a citizen by birth, and retained or renounced his other citizenship by the age of twenty-one or within one year of the coming into force of the 1979  Constitution. Court agreed with Olanipekun and same became the position of the court.

It is submitted that both Chief Olanipekun and Justice Taiwo are correct. Section 26 is clear and unambiguous. Therefore, Kemi Adeosun was not a Nigerian citizen as at 1989 when she graduated from the University by reason of section 26 of the 1979 Constitution which prohibited dual citizenship.

The question of her eligibility for NYSC is not yet answered but since it has rightly been determined that she wasn’t a Nigerian as at the time she graduated, then just little is left in concluding on her eligibility status. This is so because only Nigerians are eligible to go for NYSC. For the avoidance of doubt, Section 2(1) of NYSC Act provides that,

“every NIGERIAN shall be under an obligation, unless exempted under subsection (2) of this section or section 17 of this Act, to make himself available for service for a continuous period of one year from the date specified in the call-up instrument served upon him.”

Since Adeosun wasn’t a Nigerian as at 1989, then Justice Taiwo was correct when he held that she was not under obligation to submit herself for NYSC then.

Justice Taiwo went further to say that “From the time she (Adeosun) graduated and moved to Nigeria sometime in 2003, she was already 36years old…. She was not eligible under the  NYSC Act to serve in the National Youth Service  Scheme.  In fact, it would have been  criminal offence if she had participated in the  NYSC under any  guise.”

This particular finding is irrelevant to the determination of Adeosun’s eligibility to go for NYSC because the most important consideration is the period of her graduation, not the time she became a Nigerian citizen.

For the avoidance of doubt Section 2(2) of the NYSC Act says “a person shall not be called upon to serve in the service corps if, at the DATE OF HIS GRADUATION or obtaining his diploma or other professional qualification-(a) he is over the age of thirty.”

The implication of the above provision is that age for eligibility for NYSC is determined by age of graduation, not the time service is applied for. This means since Adeosun was 22 in 1989, she was not under obligation to do NYSC.

It would be preposterous, in my view, to suggest that she should now go for NYSC because she is now a citizen of Nigeria by virtue of section 28 of the 1999 Constitution which has abolished dual citizenship and has made Adeosun an automatic citizen of Nigeria. This is surely not the intention of the lawmakers. For the purpose of emphasis, Adeosun was not and is not under obligation to serve because she was not and is not eligible.

The decision of the Federal High Court in Kemi Adeosun’s NYSC saga is faultless. There is no constitutional provision that makes NYSC certificate a precondition for appointment as a minister.

furthermore, Adeosun was not a Nigerian as at 1989 when she graduated from a university in UK. Thus, she was not and is not under any obligation to serve..