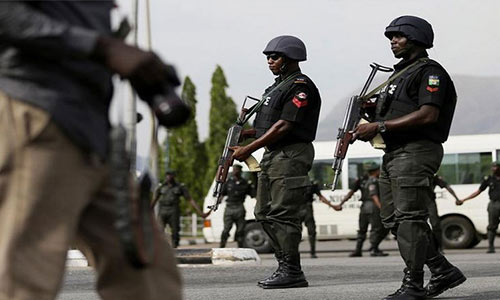 The Osun State Police Command has described as false the news making the rounds that a commercial driver had allegedly sold eighteen passengers to kidnappers.

While describing the news as mischievous, the Command through a press release signed by its spokesperson, Yemisi Opalola explained that a driver had abandoned his good samaritan passengers who offered to rescue some victims at a scene of accident at Efon Alaye on their way from Abuja, and took to hiding with his vehicle at a point near Ilesa.

It also stated emphatically that there was no such case reported in Ijamo, nor any other Police Station in Osun State.

According to the release, “He was, however, accosted, upon information from Ijamo Policemen by a Police Patrol Team led by DPO Efon Alaye Division.

“The Driver thereafter was taken to Efon Alaye, the neighbouring Ekiti State Command with the vehicle, being the jurisdiction in which the incident occurred.”

The Osun State Police Command also urged the general public to disregard the news and warned against the spread or peddling of fake and unconfirmed stories in future.

The Command noted that such could not only instill fear in the minds of members of the public, but also create unnecessary panic, tension and commotion in the land.

The content of the false information had read thus, “People of Nigeria. If your relative was missing early this morning 19/07/2021 travelling from Abuja down to Lagos/lbadan (passing through Kabba/Ekiti) a driver had been arrested this evening at Ilesa Ibadan express road with full loading of luggage but the whole of eighteen passengers had been sold to the kidnappers along Ita-Ore road in Ekiti State. Now the driver is in the police custody at Ijamo Ilesa Osun State.

“Please kindly send this message as received. The plate number of this bus is KPA116LG Kogi State black colour. Thanks.”