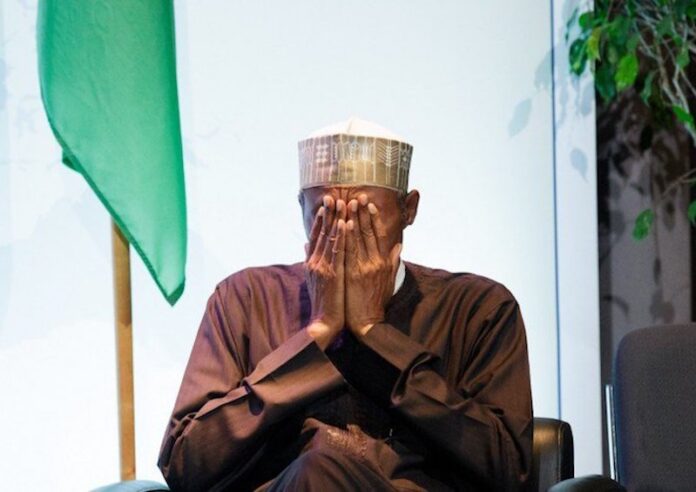 The Middle Belt Forum (MBF) has observed with dismay that President Muhammadu Buhari has failed woefully to defeat Boko Haram and other terrorists causing untold hardship to Nigerians.

Buhari had insisted that his administration had cleared out Boko Haram terrorists causing unrest in the country.

At the banquet organized in his honour in Damaturu, the Yobe State capital, President Buhari stated the achievement made by his administration in the area of insecurity in the country.

Dr Bitrus Pogu, the National President, MBF, while reacting to Buhari’s comments, opined that the President had failed woefully to deliver his promise to completely eliminate Boko Haram from the country.

He believed that the President, rather than fulfilling his promise to Nigerians, watched helplessly while the insurgents spread from the North East to all parts of the country, killing Nigerians at will and destroying properties.

He further explained, “Just two days to Christmas, Boko Haram attacked Chibok and killed two people, an elderly person and a toddler. They also abducted some people who were preparing for Christmas. What that tells you is that Boko Haram activities are still on. Their operational headquarters are still there. Many of the things Boko Haram are doing in the North are even not reported.”

He said that there are extensions of Boko Haram in the North West, North Central and other parts of Nigeria, saying that they have been attacking parts of Kaduna right to the end of last year.

He wondered how the President could insist he had fulfilled his promise, asking if he meant bombing targets had been controlled but kidnapping and attacking people and communities had been allowed to fester.

He explained that it is for Nigerians to judge whether the President has done what he promised in 2015, saying that at that time, he told Nigerians that it would be history, and that he would eliminate Boko Haram.

“First of all we were deceived, a flag was brought to him, ground zero whatever, we knew it was not true, and the attacks continued. And then it spread to the North West, parts of the North Central and now it is all over the place including South West, South East and even South-South,” he explained.

The MBF National President said it is up to Nigerians who feel the brunt of answering the President appropriately that he has failed woefully and has not fulfilled the promise he made to make Boko Haram history in Nigeria, adding, “we need greater political will to ensure that the military go after them to decimate them and not to wait in a location to repel Boko Haram, or bandits as they have renamed them in the North West and other places.”

He said Nigeria needs a leader who will uproot them and give Nigeria’s space back to Nigerians so they can travel to any part of the country without fear.

He asked what President has achieved, saying that Leah Sharibu is still in Boko Haram custody, same for some of the Chibok girls.

He noted that security is one of the primary responsibilities of the Federal Government to protect the lives and properties of all Nigerians.