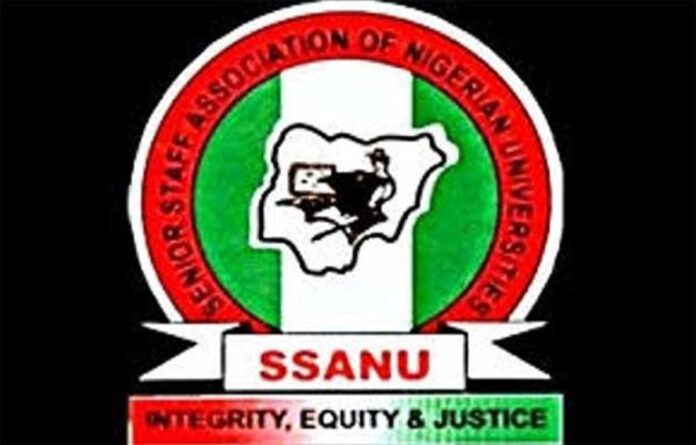 Learning activities were to a large extent disrupted on Monday at the Taraba State University as the Non-academic staff of the Institution barricaded its Senate building.

The protest allegedly followed the non-payment of the October and November salaries of the SSANU members.

Their protest reportedly affected staff working in the building as they could not gain access into their offices, while some lecturers who entered the building earlier could not proceed to the lecture halls.

The union which had been on strike suspended the industrial action following the intervention of some prominent persons from the state, they are, however, infuriated by the silence of the school management over their plight.

Briefing newsmen, the chairman of SSANU, Linue Williams, said the leadership of the Institution, has not deemed it fit to address the plights of the members after they called off their strike.

He said “We suspended our one month strike because the School management had agreed to attend to our demands within the shortest possible time. We were convinced because they expended 32 million naira in payment of our promotion allowances.

”They had paid the earned allowances and also released the APPER form to our members for promotions. This compliance is not even up to half of our demands but we felt that the management would continue to be sincere.“

He said, ” the management alleged in its last letter that members do not come to work but that is a blatant lie.”

“They also said there was no meeting between our union and the school management so they will not sign the MOU we presented to them.”

Stressing how the union had a formal meeting with the school management through the chairman of the university council, Ambassador Idris Waziri” he said, “we have decided to barricade this place because we want the Vice-Chancellor to come out and tell us why he would not pay us our salaries.”

Several attempts by our correspondent to reach the Vice-Chancellor of the university, Professor Vincent Ado Tenebe, failed.