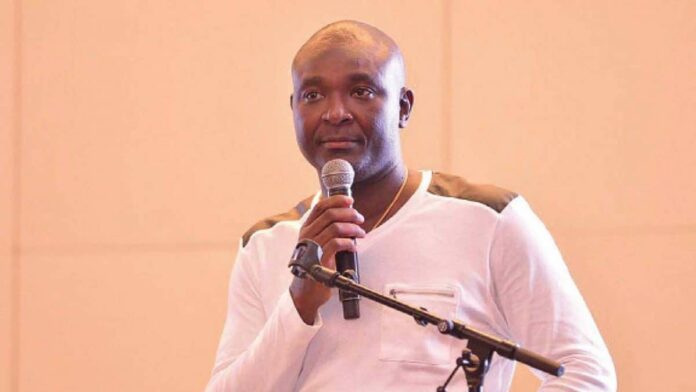 Member of the House of Representatives, Akin Alabi has revealed why he did not spray wads of Naira notes like other attendees at the burial ceremony of the mother of billionaire nightlife boss, Obi Cubana.

Alabi was mocked over the weekend by Nigerians on social media after a viral video showed him dancing to the tune of Ogene singers praising him without spraying money like others.

According to the lawmaker, he did not spray money like the others because he is a government worker and could not have done more than he did.

Akin Alabi also clarified he sprayed N9,000 and not N2,000 as insinuated by Nigerians mocking him.

On his Twitter page, he wrote “As a government worker, I could not afford to spray (or was it sprinkle) more than this video and it was not 2k as bad-mouthed people said. It was 9k.

“Thank you Obi Cubana for hosting us. You deserve all the love.”