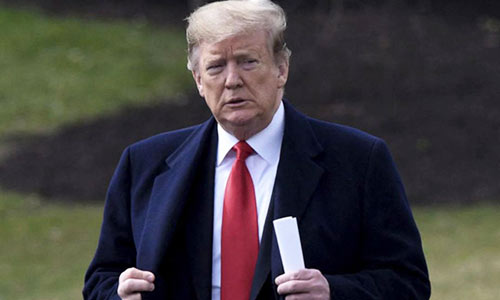 TWITTER has accused the United States (U.S.) President Donald Trump of making false claims, in one of the app’s own articles covering the news.

The move – which effectively accuses the leader of lying – refers to a tweet by Donald Trump about his first defence secretary.

Trump had tweeted that he had given James Mattis the nickname “Mad Dog” and later fired him.

But, Twitter’s article says that the former general resigned, and his nickname preceded Trump’s presidency.

The latest confrontation was prompted by a strongly-worded statement issued by General Mattis last night, in which he criticised the president’s handling of the protests that followed the killing of George Floyd.

Gen Mattis described Donald Trump as “the first president in my lifetime who does not try to unite the American people – does not even pretend to try. Instead, he tries to divide us.”

The president fired back quickly in a tweet saying that the one thing he and predecessor Barack Obama had in common was “we both had the honour of firing Jim Mattis, the world’s most overrated general. I asked for his letter of resignation and felt good about it”.

“His nickname was ‘Chaos’, which I didn’t like, and changed it to ‘Mad Dog’,” he added.

The article says that “Mattis resigned from the position… after the administration decided to withdraw US troops from Syria”, and attributes the fact to a report by the Associated Press news agency.