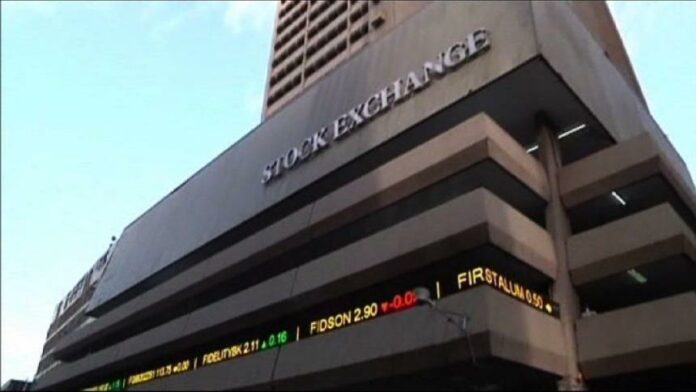 The value of stocks traded on the floor of the Nigerian Stock Exchange dropped by 10.95 per cent to N16.69bn at the end of last week as market activity for the week saw a decrease.

The All Share Index closed in the red as sell-offs on large cap stocks pushed the index lower.

The market shed 15 basis points in the first session, as sell-offs in Access Bank Plc, FBN Holdings Plc and UACN Plc weighed on the market, as market breadth was negative for the day.

The market did not fare much better on Tuesday with losses in Zenith Bank Plc and MTN Nigeria Communications Plc dragging the market into negative territory, losing 108bps, despite market activity improving from the previous day.

On Wednesday, the market closed in the red for a third consecutive session as losses in large-cap stocks Dangote Cement Plc, Zenith Bank Plc and MTN Nigeria dampened investor sentiment in the equity space.

However, the market’s fortunes were reversed on Thursday, posting a 109bps gain as gains in large-cap stocks Nestlé Nigeria Plc, Seplat Petroleum Development Company Plc and Access Bank helped the market close in the green.

The financial services industry (measured by volume) led the activity chart with 751.568 million shares valued at N6.414bn traded in 8,086 deals; thus, contributing 68.53 per cent and 38.43 per cent to the total equity turnover volume and value, respectively.

The third place was occupied by the conglomerates industry with a turnover of 101.787 million shares worth N203.242m in 956 deals.

Trading in the top three equities, namely, Access Bank, Nigerian Breweries Plc and Custodian Investment Plc (measured by volume) accounted for 494.681 million shares worth N8.954bn in 2,137 deals, contributing 45.11 per cent and 53.64 per cent to the total equity turnover volume and value, respectively.

A total of 38 equities appreciated in price last week while 29 equities depreciated, compared to the 39 gainers and 19 losers recorded in the previous week.