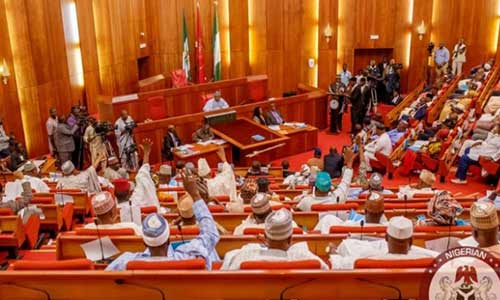 The Senate has assured that the electoral amendment bill would be assented to by President Muhammadu Buhari ahead of the 2023 general election.

President of the Senate, Dr. Ahmad Ibrahim Lawn gave the assurance on Tuesday in his address to mark the resumption of Senators from their second annual recess.

He, however, said a committee would be set up to harmonise differences in the bill before transmitting a final draft copy to the executive for assent.

Lawan expressed optimism that parliamentarians will be committed to achieving more targets, saying in the last legislative year, they surmounted several hurdles to pass the Petroleum Industry Bill into law.

“We had accomplished the targets that we set for ourselves. We passed the Petroleum Industry Bill (PIB), and also passed the Electoral Act Amendment Bill 2010. These were landmark legislations targeted at enhancing the Oil and Gas Sector in our Country and improving the Electoral system in our dear nation.

While praising President Muhammadu Buhari for assenting to PIB in good time, The senate president claimed he doesn’t see anything that could imperil the signing of the electoral amendment bill into law, once it is ready.

He said President Buhari has set up an implementation Committee of the Petroleum Industry Act, explaining it was possible because the executive also saw the deep commitment of the legislature, while he called on the Committee to expedite action so that Nigerians can start enjoying the benefits of the law.

“I want to take this opportunity to urge the implementation Committee to expedite action so that our Country will start to reap the benefits of the law.

“It is equally important that our Committees on Petroleum Downstream, Petroleum Upstream and Gas to start oversight on the implementation of the Petroleum Industry Act, with a view to ensuring that the Senate discharges its critical mandate of compliance with contents and dictates of the law.”