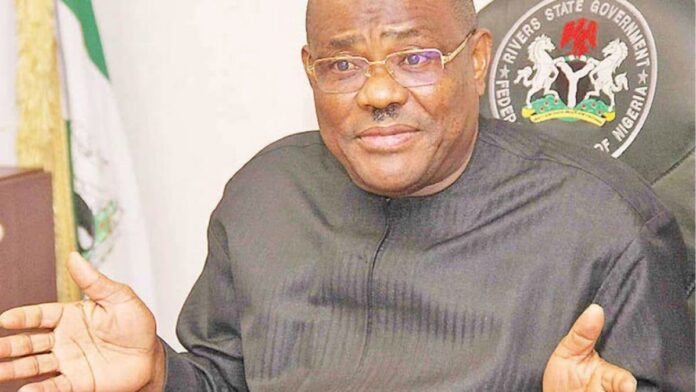 The Indigenous People of Biafra, IPOB, on Thursday, accused Governor Nyesom Wike of Rivers State and Presidential aspirant of being worse than “Biafran enemies.”

IPOB described Wike as a shameless liar who does not support the agitation for Biafra.

The group was reacting to Wike’s comment that he was in support of IPOB’s Biafra agitation.

The Presidential aspirant said he supported IPOB’s Biafra agitation and not the group’s resort to violence.

However, the spokesman of IPOB, Emma Powerful, recalled Wike’s role in the Obigbo massacre during the EndSARS protest.

Urging Wike to stop dissipating energy, the group vowed never to forget the atrocities he committed during the EndSARS protest.

Powerful insisted that Wike was under the influence of something for claiming he supported the Biafra agitation.

The statement by Powerful reads: “The attention of the Indigenous People of Biafra under the command and leadership of our great leader Mazi Nnamdi KANU has been drawn to the recent statement by Gov. Nyesom Wike of Rivers State, claiming that he supports IPOB agitation against the Fulani terrorist government of Nigeria.

“The recent statement from Wike and his cronies shows that he is under the influence of something by saying that. Is it not the same Wike who classified IPOB as a violent organisation and ordered us to keep off from Rivers State? How NIGERIA politicians lie blatantly without shame! Just because of politics, Wike has become a shameless liar.

“We know our friends and supporters, and they know us. Wike should stop dissipating his energy because he will not escape judgement for his wickedness against his fellow Biafrans who he denied. The Obigbo genocide will always hunt Wike.

“Wike, stop lying. You are not supporting Biafra. If you are, go and secure the release of all those kidnapped in Obigbo at your behest by the murderous Nigerian Army and detained in different army barracks in Abuja and Northern Nigeria, the same way you secured your nomination and expression of interest forms. Pursue the Biafra cause the same way you are pursuing your presidential project. Then we will be convinced you truly support our agitation.”