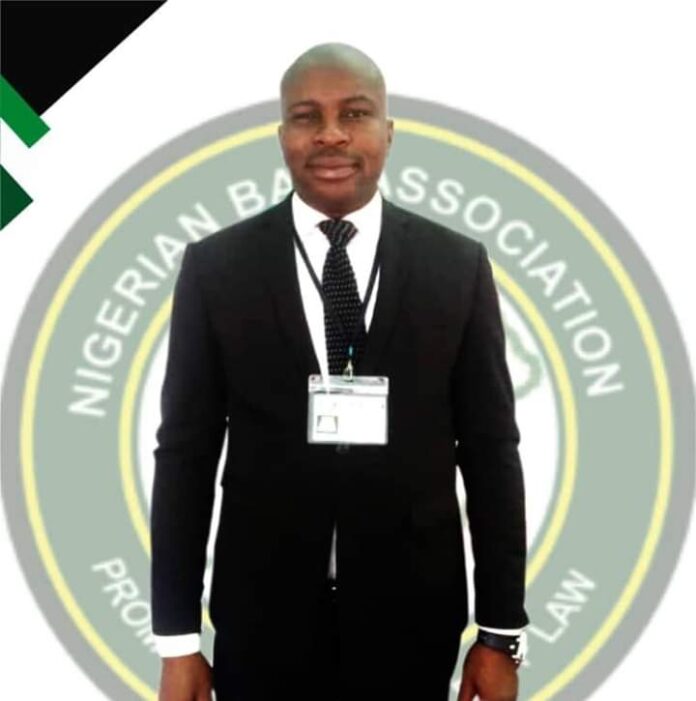 The reason justice is slow in Nigeria, is not just because of the many adjournments sought by Lawyers, it is also because the Judiciary in Nigeria has not emulated their peers the world over, who have moved alongside the technological advancement of Society.

In this 21st Century, Judges in Nigeria take records in long hand, as if we were in the 19th Century. Court files are still being moved physically from place to place, just as it was in the Colonial era. Processes are still being filed physically just like the old Post Office syndrome. Counsel need to be physically present at all times in Court, when our peers round the world use tele-conferencing and live streaming video chatting platforms to conduct matters and sometimes get urgent orders, which in legal parlance are called Interim Orders or Ex Parte Orders.

To get a Court to send you an sms if the Court will not sit is a herculean task. The consequences are dire as sometimes while the Court will not sit, some Counsel will travel very far, sometimes resulting in death by motor accident on their way to Court. This is a scenario that would have been averted if the Registrar of Court had just sent a simple sms, that costs four naira. This would have saved a life.

In this regard, I wish to commend My Lord, the Hon. Justice Helen Morenike Ogunwumiju, the former Presiding Justice of the Court of Appeal, Benin Division and now a Justice of the Supreme Court, who has embraced technology by setting up a functional and very efficient whatsap group of Court Officials and Bar Leaders in the Court of Appeal, Benin Division, from where the cause list for the week is posted and information relating to whether the Court will sit or not and even dates of adjournments are posted timeously, online, and in real time. I will also commend the Current Deputy Chief Registrar of the Court of Appeal, Benin – Adaeze Oby Aziwe, Esq., the Head of the Front Desk Unit of the Court – Mrs. Tugai,
Ovigue Ogbodo, Mr. Ismaila, Mr. Ibrahim (Registrar in the Open Court ), Miss Justina and others, though they are mostly Lawyers they are internet savvy and relay Information relating to the Court with the speed of light.

I urge other Courts to embrace the template set by the Court of Appeal, Benin as they will also send an SMS to Counsel if the Court is not Sitting. We are enternally grateful to My Lord, the Hon. Justice Helen Morenike Ogunmiwuju for driving the process at the beginning, which zest and spirit still subsists. We also thank the current Presiding Justice -My Lord, Hon. Justice Oyebisi Omoleye (JCA), for sustaining the tempo and keeping the vision going.

Financial Autonomy of the Judiciary which is provided for by Section 121 (3) of the Constitution of the Federal Republic of Nigeria,1999 (As Amended), by the 4th Alteration, but has not been obeyed by the Executive is paramount in ensuring a technological transformation system in the Judiciary.

For example in Edo State, the Judiciary has taken some Staff on training on a file management system that will have all the Court files stored in electronic form. Requisition has been made to the Executive to fund the process but it has not been approved till now. Why should the Judiciary go cap in hand to the Executive any time they need any thing? Where then is the Independence of the Judiciary and how can we vouch for the integrity of the judicial Process, when the Executive controls the purse and the sword ?

The Nigerian Judiciary must embrace technology in the following manners:

The Corporate Affairs Commission, (CAC) and the Federal Inland Revenue Service ( FIRS) have shown that you can file processes on line in real.time in a seamless manner, with the payment module being fraud proof and easy. Courts in Nigeria, should emulate this and dispense with the cumbersome processes, being pervaded, especially that of the Federal High Court nation-wide, which is the most cumbersome in Nigeria.

2.Courts in Nigeria should adopt the verbatim recording system that allows an electronic recording of proceedings. From experience, this will reduce by half the duration of time of conducting cases and give accurate record of proceedings in Court.

3.Courts should set up Whatsap groups of key Court Officials and Bar Leaders. Information posted there on activities of Courts will be relayed by Bar Leaders to their Branch Whatsap Group, online real time.

4. Courts should adopt an electronic file management system to make storage of Court documents safe and easier to access.

5.Courts should adopt teleconferencing with time to stop the element of adjournments. Counsel can appear in Court from anywhere in the World. This is what is applicable in saner climes.

6.Courts should allow electronic devices like laptops, phones etc to be used in Court for research and accessing of materials, online, real time.

7.There Should CCTV Cameras in every Court to capture proceedings in visuals. Where there is doubt as to what happened in Court It could be reviewed.

8. Courts should have a functional website where the cause list for each day and Judgments/Ruling can be assessed with ease. Phone numbers of Registrars should also be there to be able to reach
them easily.

The Edo State Judiciary Website under the direct supervision of His Worship, Aghator Esq., the DCR ICT is doing very well. When Justice Walter Onnoghen CON, was Chief Justice of Nigeria, we had the Supreme Court Cause List from October to March, on line, real time, at a particular time, but when he was removed, the Supreme Court stopped it. I understand from my interactions when I appeared at the Supreme Court that it was possible because Justice Walter Onnoghen insisted on it. We call on My Lords, the Chief Justice of Nigeria, (CJN), the President of the Court of Appeal (PCA), the Chief Judge (CJ) of the Federal High Court, the President of the National Industrial Court (PNIC) and Chief Judges (CJs) of the 37 States/FCT High Courts in Nigeria to emulate My Lord, Justice Walter Onnoghen CON. I also commend My Lords-Justice Peter Ahikhero (Judge in Charge of ICT, Edo State Judiciary) and My Lord Justice Orobosa Omotoso of the Edo State Judiciary for embracing technology and conducting Court Business by Zoom and other ICT Compliant Modules. The World is no longer the same after the Corona Virus, My Lords should all embrace technology. My Lords that have embraced Technology have achieved an awful lot in a short time in Court Proceedings, churning out Rulings and Judgements with alacrity. This is the way to go. Once you use technology, technology will boost you.

9 .The Legal Assistants should all have laptops, just as judgments and rulings are given by the Court, they should draw up the enrolment of Order and enrolment of judgment same day and ensure same is signed by the judge and issued out same day. It should be made compulsory that a judicial Officer should not read a Judgment without typing and signing same.
This will ensure judgments are received the same day it is delivered to activate the process of a possible Appeal timeously. All other Courts in Nigeria should emulate the National Industrial Court which has at least one functional computer in the open Court of any of its court rooms in Nigeria, with a well trained staff to man same, who could draw up an Order or type out a ruling or Judgement same day, aside the secretary to the Judge.

All other Judges should also emulate Justice Mohammed Liman, of the Federal High Court, a very brilliant and astute Jurist, who when he was at the Federal High Court in Benin had a verbatim recorder, which he purchased with his own money and had a well trained staff manning same. With the Verbatim recorder, there is no dispute as to what was said in Court. It gives the court records in words and in voice accurately as it records the voice and converts it to words.

We will do better as a Body if all these are put into place. We are deceiving ourselves if we do other wise.

The only way we can achieve this is to implement total financial autonomy for the Judiciary in Nigeria and I commend President Mohammedu Buhari for his Excellency’s strive in this regard. The Governors should know the game is up. President Abraham Lincoln the 16th President of the United States said

The Governors should leave the Nigerian Judiciary alone and let the system run independently. It is even for their own interest, as they will be a victim of the same cruel system they festered, when they leave office.

Douglas Ogbankwa Esq., a Benin Based Lawyer is the alternate Chairman of the NBA Benin Branch Media and Publicity Committee, the Convener of the Vanguard for the Independence of the Judiciary (V4IJ) and Founder of the Benin Writers’ Society.