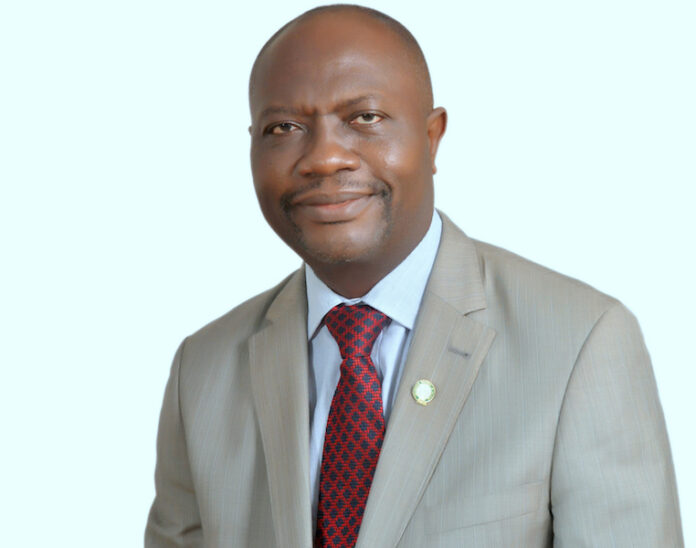 Kunle Awobodu is the President, Nigerian Institute of Builders. In this interview with MAUREEN IHUA-MADUENYI, he talks about issues limiting the successful elimination of building collapse in Nigeria

Without doubt, lack of patriotism is the major obstacle at resolving many problems affecting this nation. However, through the Building Collapse Prevention Guild, one has been able to discover patriotic Nigerians that are dedicated to the cause of ending the prevalence of a man-made problem called building collapse.

Despite the commendable achievements made in the area of building collapse prevention, certain deficiency in the process of building control amplifies some setbacks. For this problem to be solved, there is a need for proper understanding of the causes, promulgation of appropriate laws/ regulations and institution of right implementation mechanisms.

When due process is fettered, the required result might become defective. Every organised society across the world has put in place laws that would guide building construction process. The law in Nigeria has taken into consideration the importance of regulating building practice. To prevent building collapse caused by defective designs, the government initiated a building approval process that would ensure that both architectural and structural drawings are done, stamped and vetted by competent professionals, that is, architects and structural engineers.

Having protected the design aspect of building construction by law, the government has not instituted an effective mechanism on the more critical aspect of construction process that will ensure building production is managed by those trained and licensed in that field.

It is pertinent to state here that the government has been very proactive to have established the Council of Registered Builders of Nigeria by decree No. 45 of 1989, now Act Cap. B13 LFN 2004. CORBON is the regulatory body saddled with the responsibilities of regulating and controlling the practice of the building technology profession in all its aspect ramifications.

With CORBON law in place, one still wonders why quacks are still in the majority among those managing building production on building sites in Nigeria. It is a reflection of failure in law of the federation. Such implementation deficiency could be checked by two-tier building plan approval system. A potential developer will only be given temporary approval if their architectural and structural drawings pass design assessment, which is the stage one.

The stage two will be the construction period. Here, building control officers will ensure that during construction, a trained or registered builder is on site to manage the building production, ascertaining that what is being constructed conforms to the temporarily approved building plan. Any deviation must have as-built drawings prepared by the supervising architect and structural engineer; while the process is approved by the town planning officer.

Once the building is satisfactorily completed and issued a certificate of habitation, the final building plan approval can then be given. If this system is conscientiously implemented, it becomes almost impossible to have collapse building.

What steps do you think should be taken by professionals, especially builders, to solve this problem?

Over the years, some professionals in the Nigerian built environment, disturbed by the consequence of building collapse and having the belief that no problem should defy solution, resolved to find a lasting solution to the building collapse menace. I happen to be one of these resolute professionals. We carried out a deep study of this problem and developed a series of pragmatic approaches in overcoming the hydra-headed problem. A lot of efforts and personal resources were channelled into this cause as a form of social responsibility. When a problem involves loss of lives, one must devote all seriousness to it in order to derive considerable result. When quacks operate freely on building sites, oblivious of the risk and totally engrossed in anticipated benefits, the problem of building collapse will persist.

But beyond the building technology knowledge that building departments in the Nigerian universities and polytechnics equip their building graduates with and the professional training that the Nigerian Institute of Building inculcates in them to become corporate members, the fear of prosecution in the face of dereliction of duty is instilled in our builders. There is no builder that is registered by CORBON that is exempted from Hippocratic Oath, a promise to abide by ethics and never to compromise on site. Management of building production is sensitive and risky. Therefore, it should not be an all-comers’ affair.

Where can the Federal Government come in, in all of these?

For the law to be effective in any society, inhabitants must be made to understand the importance of its consequences. Once any individual breaks the law, no matter how highly placed that person is, they must face the consequences. Once there are scapegoats, deterrent has obviously been put in place. Every stakeholder in building projects will become cautious.

Poor workmanship that has long been identified as a major cause of substandard construction or building collapse in Nigeria is being addressed pragmatically by the government through the Nigerian Institute of Building. The Ministry of Housing, Lagos State in conjunction with the institute embarked on master craftsmen project, which involved the training and certification of building artisans across the state. The Federal Government has also through the NIOB and CORBON embarked on nationwide training of building artisans. From January 2018 to March 2019, a total of 16,800 artisans had been trained in masonry and brickwork, carpentry and joinery, welding and fabrication, electrical installation, plumbing and painting as well as decoration.

The programme entails three months at the training centre and nine months of apprenticeship or industrial training on site. The batch two training that involves 8,000 building artisans is currently taking place in different parts of the country.

But a lot still needs to be done. During construction, after the architect and structural engineer would have done a good work, the quantity surveyor would have guided the client with a realistic Bill of Quantities and Schedule of Materials to check pilfering. Unfortunately, a wrong person would be the one to implement on site, leading to the crisis of building collapse. I think this is a pathetic situation created by poor implementation of the building law. The day those that have been constructing buildings that collapse are prosecuted and jailed would mark the end of impunity that encourages quackery in building production management in Nigeria.

A step into solving skills gap in Nigeria is reviving the moribund technical colleges and establishing new training centres that should be equipped with modern tools and machines. Of course, this is a development that is going on across the nation and it is being supervised by CORBON as the building construction sector skills council while the NIOB is the prominent awarding body in the NSQF, building sector.

For China to have converted 600 universities to polytechnics recently, the need to provide handiwork for our numerous unemployed university graduates cannot be overemphasised.

A high number of unemployed graduates are taking part in the skills acquisition programme of the Federal Government called N-Power. This is also a way of reducing crime and security challenges in Nigeria. Construction sector engages a large number of workers. Government can deliberately create and fund construction projects to enable thousands of unemployed youths that are being trained to have the opportunity to exercise their newly-acquired skills and earn some income, obviating idleness. The government should encourage the big foreign construction companies and building material manufacturers to offer social responsibility by contributing resources for the training of building artisans and craftsmen.

Lagos has the highest number of building collapse cases. What do you think the state government should do to change the narrative?

In Nigeria, when law is promulgated, implementation becomes a challenge. ‘Man-know-man’ influence would become a major factor that could derail the original concept. One could notice this tendency in the building construction stage certification process and in the plan approval process.

The Lagos State Urban and Regional Planning and Development Law 2010 made a provision for the setting up of a committee under the Lagos Building Control Agency. But it is yet to be implemented. Also in that law, the General Manager of LASBCA should be an architect, civil/structural engineer or builder. The essence of this is to ensure that leadership rotates between the building design sector and the building construction sector so that building control could be all encompassing, of design and field experience.

However, since inception in 2010 and with five general managers so far, the pendulum refuses to swing and it has remained at the design end. Also, in the Lagos State Building Control Agency Law 2010, the General Contractors All Risk Insurance Policy Certificate has not made significant impact in practice. In developed countries, buildings being insured must comply with construction standards, thereby minimising the risk of building collapse. Up till today, the regulations that should make the 2010 law functional are yet to be in the public domain.

Many traders have turned to developers all over Lagos State, creating future problems. Invariably, a building control officer cannot be equated to a resident builder since site monitoring is significantly different from building production management.

However, all the seven built environment professionals are strategically important in a collective effort at preventing building collapse. Recommendations of the ad hoc committee on the collapsed five-storey building at Ita Faaji, Lagos Island would go a long way at solving most of the problems that lead to building collapse in this part of country.