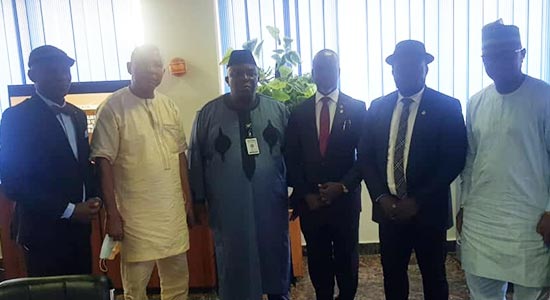 John Aikpokpo Martins (1st VP) Kunle Edun (National Welfare Secretary) and Clement Chukwuemeka (Chairman Vwari branch) paid a visit to the office of the DIG, Force CID to call for the release of the three lawyers and it outcome was a success.

Recall that the NBA Orlu on April 14 raised an alarm over the alleged illegal arrest and detention of her members without full disclosure of their offence.

According to the statement signed by the PRO, B. I Onyekwere Esq., under the directives of the CLC Agbordike led exco of NBA Orlu Branch, the three Orlu based law firms were invaded by policemen who claimed to be members of the IRT answerable only to the IGP. They arrested the head of chambers of the law firms as well as all the lawyers of the said firms.