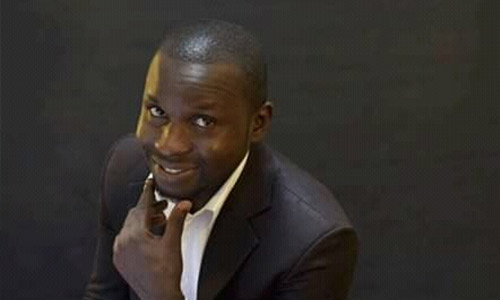 The Judiciary is believed to be the last hope of the common man. In every society where the rights of the ordinary citizens are under threat of imminent violation by the strong and mighty, the only place where the voices of such ordinary men can be heard and protected is the court.

Section 6 of the 1999 Constitution of Nigeria as amended provides for the power of judicial review vested in the Courts. The said Section states among other things that, “The Judicial powers of the Federation shall be vested in the Courts to which this section relates, being courts established for the Federation”. The same is applicable to the states. Judicial power was described in the case of Senate v. Momoh (1983) 4 NCLR 269, as the authority exercised by the department of government that is charged with declaration of what the law is and its construction.

When a right has been perceived to be breached, the Court has the constitutional powers to evaluate the issues before it and give pronouncements in line with the law. When pronouncements otherwise known as judgments or rulings are made, they are to be respected irrespective of how one feels, especially, when it is given by the Apex Court.

Cases pass through many judicial stages before judgments are given. Before a Judgment is given in any case, it must undergo adjournments. Adjournments deal with the time when such matters are to be heard, even up to the day of Judgment. So time is an essential part of the judicial process. “At the forenoon, or soon thereafter”, is a popular legal statement most lawyers are familiar with. It is all about time. So, the Court room has a serious salute for TIME. But does it matter at what time judgments are given? This is the question to be answered.

Yes it does, in some circumstances at least, if an answer is at all to be given straightaway. At this point, we do not talk of just time, but the TIMING of court’s pronouncements. It is in this same spirit of TIMING that some matters have been legally blessed with the fast-track procedures, such as the fundamental human rights actions, election tribunal matters, etc. But when this writer speaks of timing in this regard, he speaks of a criminological technique which embraces a victimological approach to court’s pronouncements.

You see, one of the primary purposes of the law is to maintain order, and reserve peace. Maintenance of law and order, and the preservation of peace are not just the duty of the security agencies; the Judiciary is one of the institutions saddled with that responsibility. Curbing crimes through the barrels of the gun is not the only available way to maintain peace. It is this writer’s opinion that Courts in the cause of doing their duties also have the responsibility to maintain peace by taking precautionary measures when the need arises. What does this writer mean?

Recent developments in the nation’s judiciary have shown that the Courts have had no regard to timing in giving its pronouncements. For instance, on the 14th day of November, 2019, the Federal High Court sitting in Yenagoa gave a Judgment nullifying the primaries of the APC in Bayelsa State. The Judgment was given just barely a day to the state election. If not for the fast move by the legal team of the APC in the state to apply for a stay of execution, the APC’s candidate in the person of David Lyon wouldn’t have even participated in the state election. Fortunately for the APC, the matter was won at the Supreme Court. On the 13th day of February, 2020, however, just a day to the swearing in ceremony of the Governor-elect, the Supreme Court sacked the Governor-Elect of the State, David Lyon, through its disqualification of the Deputy Governor-Elect, Sen. Degi Eremienyo Wangagra.

About four schools of thought have emerged to analyze the tides.

This writer does not share the sentiments of any of the schools. By the argument of the first school of thought, it suggests that the Supreme Court is corruption personified, and an institution that cannot correct itself by any other means other than sacrificing a judgment for its flaws. As a legal practitioner, this writer cannot say that of His Lordships which he has a duty to protect. The second school also suggests that the Judiciary is corrupt beyond repair. The same goes for the third and fourth school. To this writer, the APC slept on their right by not raising alarm early enough over Justice Mary Odili presiding in the matter.

This writer does not subscribe to any of this school of thought; however, this writer must note that the arguments of the various schools must have emerged because of the timing of the Court’s pronouncement. It also goes a long way to show that the people of Nigeria now see the judiciary as a political tool to achieving the desires of politicians, rather than an independent body which speaks for the common man.

Many may not know the implication, but the timing is not a perfect one, at all. Imagine you getting such news a day to your swearing-in ceremony after fighting so hard to be elected as Governor. Just imagine the psychological trauma the victim may be passing through! Andrew Karman’s Crime Victim: An Introduction To Victimology has described victimology as the scientific study of the physical, emotional, and financial harm people endure because of illegal activities. By extension, looking at it from a jurisprudential point of view, one cannot but add that direct or primary, as well as indirect victims do not just suffer harm in whatever guise only because of illegal activities, but by whatsever activities that leaves a victim to suffer harm not caused by him. The activity needs not to be illegal, all it needs is for it to be illogical. For instance, the current criminal justice system has not provided room for victim compensation even though criminals are punished by the law. The victim leaves the scene harmed, because there are no precautionary measures put in place to heal him or her. The conventional method of justice delivery has been the most fashionable method employed in Nigeria. This is not encouraging.

The truth is that the pronouncements at such a critical point like the Lyon’s case could cause the Governor-Elect to commit suicide. It could lead to death or a great damage if enough caution is not taken. Not everyone will be able to bear such news. The development is enough to throw the state into chaos and usher in anarchy on the streets of the state. The decision has made the state to be under intense tension which is threatening the peace of the state. So, while the Court is under obligation to do its job, its actions may lead to another issue that may be detrimental to the state. It all boils down to timing.

This writer is not criticizing the decision of the Court, as the election of a Governor is tied to the validity of the nomination of his Deputy as stipulated by Law. The law is clear on that. The writer is only of the opinion that the timing of the pronouncement is at all cost, dangerous, as it may lead to disaster rather than the ordinary justice of the matter. Imagine if the pronouncement had been given two weeks to the swearing in ceremony, or at least, some days to the ceremony. It may give the victim enough time to be healed. David Lyon is a victim in this regard being the one who is to primarily feel the outcome of the judgment, and indeed, other Bayelsans as well. The decision of the court is what has caused him this harm. He has to suffer an emotional injury because of the madness of the law (Has The Law Ceased To Be An ASS?) How can the will of the people of Bayelsa be sacrificed on the altar of WHAT THE COURT SAYS! — the same law which is backed by the sovereignty of the people. This is the madness of the law which is displayed in the court yard. It is like a masquerade who chases the people, yet celebrated for the entertainment it gives.

The Court should not only just be concerned about justice, but that justice is given and peace, in whatever means possible is maintained. It is high time our legal jurisprudence embrace the tenets of victimological considerations. It is a major concern in the criminological approach to justice delivery.

A Victimologist by personal philosophy writes…..

Written by Ebi Robert, Reach the writer at: ebi.fortune@yahoo.com