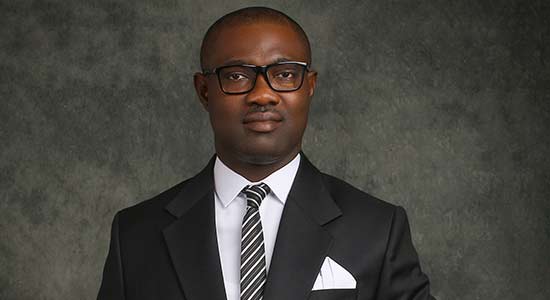 By Othniel A. Ikpibako, Esq

The public and legal community woke up to the publication titled above in thenigerialawyer.com on the 10th September 2021. By the publication the Learned SAN posits that the Value Added Tax Act 2004 (as amended 2020) (hereinafter referred to as ‘VAT Act’) is validly made by the National Assembly (hereinafter referred to as ‘NASS’). Secondly, he submits that the State Houses of Assembly (hereinafter referred to as ‘SHA’) can only make laws for the Local Governments comprising them for the collection of rates and taxes. While perusing the submission of the Learned SAN, his position could not stick to my legal mind. In other words, the Learned SAN position does not seem to present the law correctly. At the conclusion of his piece, he sensed this fact when he sincerely concluded, ‘I may be wrong but strongly believe the constitution is in favour of the VAT Act.’ This rejoinder becomes necessary to present what the law is, in view of the importance of the subject to the Nigeria federation.

It is trite that there cannot be a tax without a law imposing same. This presupposes that the law must be validly made and by power duly derived to make such law. The reason for the foregoing is that tax is expropriatory in nature and a limitation to the fundamental right to property, money, in the instance. See Sections 43 and 44 Constitution of the Federal Republic of Nigeria 1999 (as amended) (hereinafter referred to as ‘The Nigeria Constitution’). Either the NASS or SHA derives their legislative powers from the Nigeria Constitution: these are composed of express powers and principles of constitutional law.

In the exercise of its powers to impose any tax or duty on –
(a) capital gains, incomes or profits of persons other than companies; and

(b) documents or transactions by way of stamp duties

the National Assembly may, subject to such conditions as it may prescribe, provide that the collection of any such tax or duty or the administration of the law imposing it shall be carried out by the Government of a State or other authority of a State.

VAT is tax on goods and services. Tax on goods and services are not specified in either the ELL or CLL. This clearly excludes the NASS from making laws on these taxes. Emphatically, in a federal structure of government, legislative powers not enumerated in either ELL or CLL are residual to the state. This connotes that the SHA can legislate on virtually anything within its territory except limited by the constitutional ELL and doctrine of covering the field in the event of conflict between a law of the NASS and SHA under the CLL. Furthermore, by no stretch of the imagination can the doctrine of covering the field apply to residual matters since only the state can validly make law on such matters; it only applies to matters in the CLL in the case of a conflict between a law of the NASS and SHA on any such matter.

From the foregoing brief analysis, it is clarion and crystal clear that the VAT Act is unconstitutional. Only the SHA can validly make law on any other type of taxes not enumerated in either the ELL or CLL. Hence, both the Rivers State VAT Law and Lagos State VAT Law are valid.

Finally, it is hereby submitted that A.G. Lagos State v. Eko Hotels Limited & Anor (2017) 12 SC (Part 1) 107 is decided per incuram. VAT Act must have been made by a power derived from either the ELL or CLL before the doctrine of covering the field can apply. In the instance, the VAT Act, being tax on goods and services, is ultra vires the legislative powers of the NASS. Hence, same is void and a nullity.