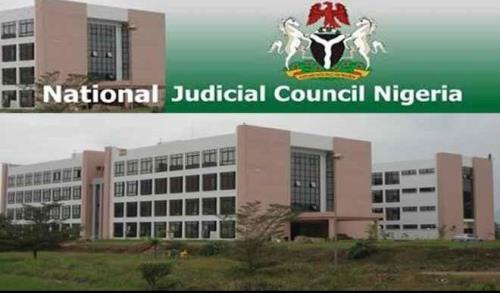 The National Judicial Council under the Chairmanship of the Chief Justice of Nigeria, Honourable Dr. Justice I. T. Muhammad CFR, has Appointed 70 Judicial Officers for the Federal and State Judiciaries.

Legaldeskng learnt that this was contained in a press statement by the Director, Information, Soji Oye, Esq, made available to TheNigerialawyer.

After its 91st intensive Meeting held online on 22nd and 23rd April, 2020, the Council also made a recommendation for the retirement of two Judges.

It also constituted a 10-man Committee to come up with urgent practical strategic measures to be put in place in order to ensure Courts continue to function despite the lockdown and Covid-19 challenges;

To come up with Guidelines or template for implementation;
To explore possible areas of collaboration between the Judiciary and the Office of the Attorney-General of the Federation, stakeholders in the Justice Administration and Development Partners in Justice Administration Sector; and
Any other measures that the Committee may deem fit in realising these objectives.
The Committee has fourteen (14) days to submit its Report.

Hon. Justice Francis Chukwuma Abosi, was recommended for compulsory retirement following the falsification of his date of birth from 1950 to 1958.

Findings showed that he was supposed to have retired in November, 2015 when he clocked the mandatory retirement age of Sixty-five (65) years.

Council decided to recommend for his compulsory retirement to Governor Hope Uzodinma of Imo State and to also deduct the salaries he had earned from November, 2015 to date from his retirement benefit.

Hon. Justice Aliyu Musa Liman was recommended to the Bauchi State Governor, Bala Mohammed for compulsory retirement pursuant to the findings by the Council for his failure to deliver judgement in suit No BA/100/2010, between Abubakar Isa and Sheik Tahir Usman Bauchi within the three months period stipulated by the 1999 Constitution of the Federal Republic of Nigeria.

Meanwhile, the National Judicial Council, in the exercise of its disciplinary powers under the 1999 Constitution of the Federal Republic of Nigeria, as amended, has suspended Hon. Justice Francis Chukwuma Abosi and Hon. Justice Aliyu Musa Liman from office pending the approval of the recommendation of the Council for his compulsory retirement to the their respective State Governors.

Council at the meeting also considered the Report of its Interview Committee and recommended Seventy (70) Judicial Officers for appointment as President, Court of Appeal, Grand Kadis, President, Customary Court of Appeal and Judges of High Court of States and the Federal Capital Territory and Kadis of States Sharia Courts of Appeal.

The Council also formally launched its twitter handle @njcNIG and will launch its other platforms at a later date.