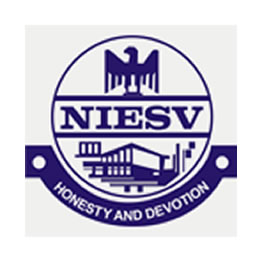 The Nigerian Institution of Estate Surveyors and Valuers is currently embroiled in a battle following the expulsion of three of its members.

The NIESV last week, in a notice published in one of the national dailies, announced the expulsion of Mr Olusola Enitan, a fellow of the institution and two associates, Isaac Fabiyi and Bello Faisal, over what it described in the publication as “misconduct and activities inimical to the general interest of the institution.”

Enitan, however, told journalists that the notice was meant to destroy the personal and professional reputation of the affected persons.

He explained that the problem started when he and other estate surveyors set up a new body known as the Society for Professional Valuation.

According to him, the members of the SPV and NIESV were still in talks when the notice was published.

The notice of expulsion had nothing to do with misconduct, he said, adding that it had brought disrepute to those involved.

“I am a fellow of NIESV, which is the highest level of the institution. I would not have reached there if I wasn’t upright. There was no misconduct; we only requested for NIESV to do the right thing before the attempt to damage our reputations,” he said.

Enitan, who is the Chairman, Board of Trustees of the SPV, said, “I want NIESV to retract the notice or tender an apology, especially with the use of the word misconduct, which is damaging and injurious.

“Our trustees are of good professional character, personally, academically and occupationally, putting professional ethics and high integrity above all else, which has brought a variance of ideology with NIESV council membership.”

He stated that rather than use the word “misconduct”, NIESV should have stated that an alternative body was set up by the affected persons for the benefit of the general public.

The National Publicity Secretary of NIESV, Mr Monday Ahiwe, told The PUNCH that the institution’s council put out the notice as it considered the setting up of the SPV as a form of misconduct under the code of ethics.

He said NIESV was waiting for the affected persons to officially react to the publication of the notice.