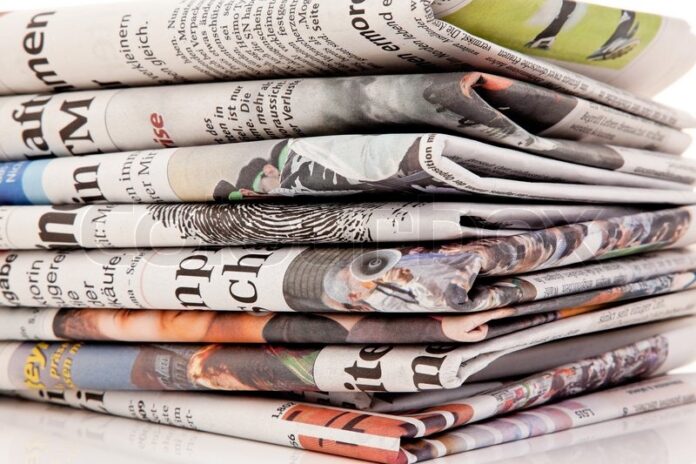 1. President Muhammadu Buhari Tuesday reacted to call by the Senate asking service chiefs to step down. In a statement by Buhari’s Spokesman, Femi Adesina, the president said the appointment of the service chiefs was a presidential prerogative that the Commander-in-Chief had taken note of the resolution of the senate and will do his best for the country at all times.

2. The Peoples Democratic Party, PDP, caucus in the House of Representatives have threatened to initiate impeachment proceedings against President Muhammadu Buhari. Leader of the caucus, Kingsley Chinda warned that impeachment proceedings would be initiated against Buhari if the federal government fails to stop the “calculated blackmail” against the National Assembly and the insecurity in the country.

3. The Speaker of the House of Representatives, Femi Gbajabiamila has directed the Minister of Niger Delta Affairs, Godswill Akpabio to publish the names of lawmakers taking contracts from the Niger Delta Development Commission (NDDC) within 48 hours or risks the full wrath of the House. The Speaker directed the Clerk of the National Assembly to send a communication to the minister. The directive followed the adoption of a point of privilege.

4. The Presidency has said that the problem of insecurity in Southern Kaduna is more complicated than many people are willing to admit. A statement by Garba Shehu, the President’s Spokesman on Tuesday said that from available records, Southern Kaduna enjoys comprehensive security deployments, but that unlike other parts of the country, the criss is an evil combination of politically-motivated banditry, revenge killings and mutual violence by criminal gangs acting on ethnic and religious grounds.

5. Former Nigerian president, Goodluck Jonathan, has said he maintains a good relationship with his successor, President Muhammadu Buhari. He stated this on Tuesday, while speaking to State House correspondents. When asked about their current relationship, he said they have been meeting and having friendly conversations.

6. The Southern Nigeria Peoples Mandate (SNPM) has urged President Muhammadu Buhari to set up a panel to probe financial misappropriation in the Niger Delta Development Commission (NDDC). SNPM president, Augustine Chukwudum, made the call in a statement on Tuesday. He said the revelation by the Niger Delta Minister, Godswill Akpabio, that the same lawmakers investigating the agency got contracts, had dented the ongoing investigation. He also called for the sack of Akpabio and Pondei

7. The Senate Tuesday adopted a resolution calling on the Service Chiefs to resign or be sacked due to the prolonged security challenges in the country. Senator Francis Fadahunsi representing Osun East Senatorial District in an amended resolution in a motion earlier moved by Senator Ali Ndume representing Borno South Senatorial district, moved an amendment to the resolution that all the Service Chiefs should step down. Senator Betty Apiafi seconded the motion and it was upheld by the Senate President.

8. The All Progressives Congress (APC) has declared that the Peoples Democratic Party (PDP) was jittery over the ongoing probe of the Niger Delta Development Commission (NDDC). Its National Publicity Secretary, Yekini Nabena, in a statement on Tuesday, hailed President Muhammadu Buhari for ordering a forensic audit, alleging that PDP had in the past turned the NDDC to an ATM.

9. Four persons were on Tuesday confirmed dead when a vehicle plunged into Ososa River, along Ijebu. The incident happened around 10:20 am on the second Ososa bridge, inbound Ijebu-Ode. The lone accident involved a commercial Opel car with registration number, GGE 596 DV. The Ogun State Traffic Compliance and Enforcement Corps confirmed the incident.

10. President of the Nigerian Labour Congress (NLC), Ayuba Wabba, has asked President Muhammadu Buhari government to reduce the price of petroleum products.Wabba, while speaking with newsmen in Taraba on Tuesday accused the government of enriching oil marketers at the detriment of citizens. He observed that the price of crude oil in the international markets had not increased lately.