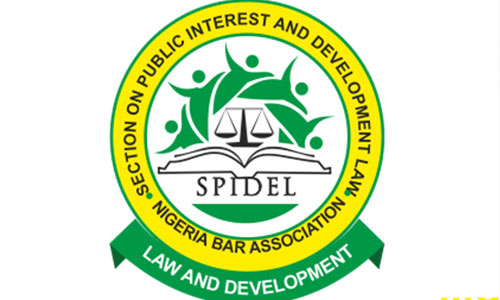 The Nigeria Bar Association Section on Public Interest and Development Law (NBA-SPIDEL) is scheduled to host a hybrid townhall meeting on the 28 of February, 2022.

In a notice signed by Echecho Godfrey, Esq., FCAI, MCArb., and sighted by TheNigeriaLawyer, the townhall meeting is billed to hold at Sheration hotel, Lagos and is themed “Justiciability of Chapter Two of the 1999 Constitution (as amended) – providing proactive and pragmatic measures in holding government accountable to the people.

According to the notice the aim of the Townhall Meeting is to create awareness amongst government institutions for the enforcement of socio-economic rights provided for in the Constitution.

The notice reads; “The aim of this Town Hall meeting is to create consciousness on critical institutions of government particularly, the Judiciary and Legislature with a view to ensuring the enforcement of the basic socio-economic rights provided in the Constitution of the Federal Republic of Nigeria, as amended and other enabling laws for the benefit of the Nigerian people.”

Confirmed Lead Discussants for the meeting include;

4. Senators and House of Representatives members.