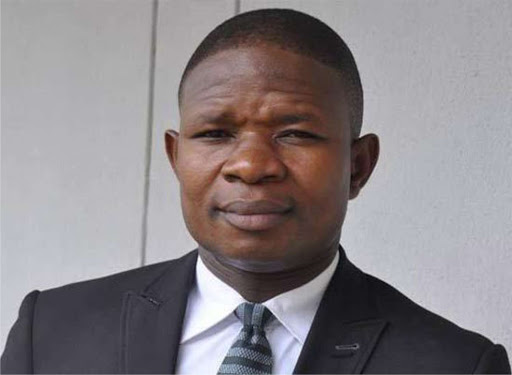 “Wishing you a successful tenure and hoping your leadership, while improving upon the gains of its predecessors, will refocus SPIDEL towards programs and policies calculated to directly and positively impact on the professional lives of Nigerian lawyers, create more job opportunities for lawyers in public litigation, and improve upon the current slow and agonizingly dilapidated state of system of administration of justice and public advocacy in Nigeria….The major reason frivolous litigation proliferates while court congestion worsens is because Nigerian lawyers are grossly underutilized professionally (having very few employment opportunities in a country with many but grossly untapped/unexplored lawyer-employment spaces)….The list of how SPIDEL can play direct roles in assisting the Nigerian lawyer and enhancing access and administration of justice, is endless. All you need to do is to start from somewhere; a journey of a thousand miles starts with a step. But three things must be made clear and these should be noted, please: (1). NBA can’t help other people unless NBA has first helped itself and its members; you cannot manage other people, unless you have effectively managed yourself; (2). NBA must start deliberate efforts to improve the lot of the Nigerian lawyer and to elevate and restore him to his lost respect and glory in society. Not an easy task; no task is easy, but nothing ventures, nothing gain; hence, we must take the bull by the horn without fear of failure, without minding anticipated hitches. It’s better to have tried and failed than to never have tried; and (3). To realize these lofty ideals, there is need for constant discussions on the issues Yes, the starting point is to sit down and begin talking about them. In our Conferences, Workshops and Retreats, let’s learn to discuss issues that directly affect the NBA and its members. If we don’t discuss these issues, we won’t able to take informed positions on any. There are countless such issues many of which are of interest to SPIDEL….SPIDEL as NBA’s SECTION ON PUBLIC INTEREST AND DEVELOPMENT LAW, should quickly learn to rechannel its conferences and seminars towards improving and expanding public interest and public-benefiting litigation/advocacy, creating opportunities for increased participation of lawyers in public interest litigation and law reform, enhancing access to, and affordability of, accelerated administration of public justice, development law, and law reform, in line with the objectives of SPIDEL and the NBA. All else is mere scratching of the surface that will yield only little or no fruits at the end.

Now, more than one year after, a SPIDEL Conference is here again. There’s is need to interrogate some matters arising, especially as they pertain to recent events and circumstances surrounding the SPIDEL Conference 2022, the SPIDEL leadership and others. Examples:
1️⃣. Are members of NBA Sokoto Branch justified in the reasons they gave for demanding refund of the registration fees they paid for SPIDEL Conference? See: “Refund Our Registration Fees For NBA-SPIDEL Annual Conference” — NBA Sokoto Branch Writes NBA President, Akpata” (August 02, 2022: TheNigeriaLawyer)

2️⃣. Why hasn’t Mr Olumide Akpata (respected NBA President) given his reasons for predicating his participation in, and financial support for , SPIDEL Conference 2022 on withdrawal of learned silk Chuka Ikwuazon’s from his chairmanship of the SPIDEL Conference 2022 planning committee? Did the NBA President actually make such a demand? When have NBA funds become NBA President’s personal property, such that disbursement or deployment of same is now guided by the President’s subjective predilections, and personal whims and caprices?

3️⃣. Why was/is respected Monday Ubani, SPIDEL Chairman, so carried away with having the personal presence , and financial support, of NBA President at/for the SPIDEL Conference 2022, that he (Ubani) has forgotten to interrogate the circumstances that may have led to the forced resignation of Chuka Ikwuazon as the Chairman of the CPC for SPIDEL Conference 2022?

4️⃣.Was Learned friend Monday Ubani justified in trying to remove the speck in Mr President Buhari’s eye in a holier-than-thou manner, when there is a log of wood blocking the two eyes of NBA Leadership and refusing them to see and do the right things? See: “Buhari Came To Destroy Nigeria The Way He Did In 1983 —Ubani” 31 July 2022
(https://tribuneonlineng.com/buhari-came-to-destroy-nigeria-the-way-he-did-in-1983-ubani/)

5️⃣. Is SPIDEL just like other usual Nigerian establishments–having a lackey-head who is being led by the nose by the powers that be? Is it not obvious that while we hear the voice of revered Ubani as SPIDEL Chairman, the hand (that runs and controls SPIDEL) is actually that of the NBA President? Was it not similar to the case under Usoro when learned silk Paul Ananaba, PhD, was the Chairman and reportedly wouldn’t take serious decisions as the Chairman because the then NBA President reportedly wouldn’t allow him to operate freely?

6️⃣. SPIDEL’s motto/mission is serving the public interest to make a difference through promotion of public interest Law in Nigeria. But the SPIDEL Chairman has now resigned to fate and delivering pastoral homilies and sermons on the mountain, in re reported unlawful incarceration of Inibehe Effiong Esq. On 2 August 2022, the SPIDEL Chairman declared, inter alia, that “Painfully Inibehe Effiong May Spend One Month In Prison, No Thanks to Chief Judge of Akwa Ibom, Hon Justice Ekaette Obot” (https://barristerng.com/painfully-inibehe-effiong-may-spend-one-month-in-prison-no-thanks-to-chief-judge-of-akwa-ibom-hon-justice-ekaette-obot/). Could the statement below be SPIDEL Chairman’s suggestions on Way Forward for Inibehe Effiong in re his incaceration? Hear Mr Ubani: “WAY FORWARD. Inibehe will accept the practical reality and redirect his mind to discovering God more in Bible reading and prayers. He will come out of prison stronger, better refined , energized, acclimatised for greater work for humanity. May I whisper to him, this imprisonment will bring national and international glory to him.” SPIDEL Chairman didn’t tell us any efforts on the part of SPIDEL to get Inibehe freed. Is NBA-SPIDEL’s contribution merely to advise Inibehe Effiong to pray, read the Bible and draw closer to God. Lol 🤣😆. We’d interrogate the propriety or otherwise of this in the absence of any practical efforts by SPIDEL or it’s Chairman.

Meanwhile, Section 66(3) Nigeria Police Firce (Establishment) Act (NPFEA), 2020 remains unimplemented with NBA making no efforts at all about it. Further, lawyers’ jobs keep getting stolen and kept by non lawyers with NBA’s hands folded. Example, the CAMA 2020 has taken away lawyers’ Exclusive Rights and Powers in Company registration while the NBA watches perhaps in contentment. This raises questions as to what exactly does the NBA discuss at its conferences? I have made suggestions in this regard, but who cares: see see “60 Discussion Subjects NBA Conferences, Workshops & Seminars Could Focus On, in the Best Interest of Nigeria, the Legal Profession & Lawyers” By Sylvester Udemezue (16 September 2021: https://dnllegalandstyle.com/2021/60-discussion-subjects-nba-conferences-workshops-seminars-could-focus-on-in-the-best-interest-of-nigeria-the-legal-profession-lawyers/)

“A statutory declaration in the prescribed form by a legal practitioner that those requirements of this Act for the registration of a company have been compiled with shall be produced to the Commission, and it may accept such a declaration as sufficient evidence of compliance”. So, I used to brag before my students that Lawyers were indispensable in the process of company registration, because submission to the Corporate Affairs Commission (CAC) of a Statutory Declaration of Compliance exclusively signed by a Legal Practitioner was a mandatory condition precedent to registration of a company.

My people, I can no longer brag because, as it stands, the CAMA 2020 has taken away from lawyers this hitherto EXCLUSIVE RIGHT. Section 40 CAMA 2020 has relegated lawyers in this respect; the little exclusive right lawyers enjoy has been taken away. See for yourself (lawyers are even listed as a dispensable afterthought)👇

Questions: where was the NBA leadership in 2020 (whether the Usoro or Akpata leadership) when such a terribly injurious section (s. 40(1),(2)&(3) CAMA 2020) was introduced into CAMA 2020 now stating that any of the following persons is qualified to alone sign the Statutory Declaration of Compliance, which used to be the exclusive right of lawyers under section 35(3) CAMA 1990, Cap C20 LFN 2004?
1️⃣. The applicant (subscriber) himself; or
2️⃣. An agent of the subscriber; or (if they wish)
3️⃣. A legal practitioner.

A sad reality: Members of the NIGERIAN BAR ASSOCIATION (NBA) keep losing out (professionally) in the scheme of things in a society in which they ought to play a leading role as in leading from the front!.

And NBA is busy organising countless professional conferences which say or do little or nothing about how to halt this ugly retrogression from top to bottom. See “Law Practice in Nigeria: Then Enters A “Learned Colleague” Called “Prepaid Legal Services Limited” Even As Lawyers and the Bar Look On” By Sylvester Udemezue l. June 15, 2021 (https://dnllegalandstyle.com/2021/law-practice-in-nigeria-then-enters-a-learned-colleague-called-prepaid-legal-services-limited-even-as-lawyers-and-the-bar-look-on/).

Again, I recall my admonition to respected Ubani in the congratulatory message to him in 2021: “It’s my humble observation that SPIDEL may never be as useful to society as it ought to, unless SPIDEL starts being useful to lawyers and especially by deliberately exploring new advocacy opportunities towards making lawyers more and directly relevant to society”.