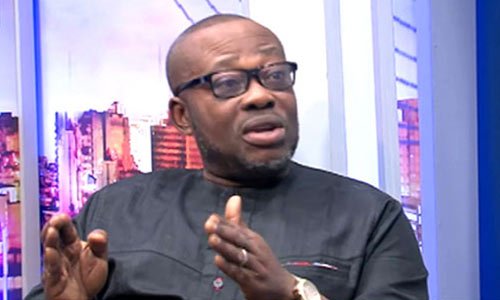 The Chairman of the Nigerian Bar Association Section on Public Interest and Development Law, Monday Ubani, has said upon investigation, any lawyer caught abusing judicial processes will be handed over to the Legal Practitioners Disciplinary Committee for appropriate punishment.

This is coming after the Chief Justice of Nigeria and Chairman of the National Judicial Council, Justice Tanko Muhammad, summoned the chief judges of six states over conflicting decisions given by courts of coordinate jurisdiction.

The chief judges who were summoned included those of Rivers, Kebbi, Cross River, Anambra, Jigawa and Imo states.

The NBA President, Olumide Akpata in a statement recently, had also said the trend of conflicting court judgments was unfortunate.

“Regrettably, we have begun to receive worrying news of recurring contradictory decisions by our courts based on the apparently indiscriminate grant of orders and counter-orders. Examples include the orders relating to the nomination of candidates by political parties for the forthcoming gubernatorial election in Anambra State.

“An equally embarrassing situation is also playing out in respect of the PDP leadership crisis that has seen no fewer than three different rulings, all by courts of coordinate jurisdiction, in circumstances that leave a lot to be desired,” he said.

Akpata then promised to enlist the support of the Chairman of the NBA Judiciary Committee, Dr Babatunde Ajibade (SAN), as well as the chairpersons of the NBA Section of Legal Practice and the NBA-SPIDEL, Mr Oluwaseun Abimbola (SAN) and Dr Monday Ubani.

Speaking to our correspondent on how the NBA intends to tackle this issue, Ubani said, “We will look at the processes that have been filed by these lawyers, as well as the orders given by the court, before we can make a recommendation to the NBA President.

In response to how the erring lawyers would be disciplined, Ubani stated that the LPDC would be in charge of meting out punishments.

“We are not a disciplinary committee; there is a Legal Practitioners Disciplinary Committee that would handle that. We cannot even discipline any erring lawyer without first consulting the committee who will then initiate the trial process.

“After we have made our findings, the President will decide on what to do with whatever we recommend to him,” Ubani said.

He added that the NBA President had not been happy about the conflicting ex-parte orders.

“To him, the behaviour of the legal practitioners involved is very embarrassing to the legal profession. This is because these practitioners make it appear that judgments can be marketed and bought with money,” Ubani added.

Children’s Day: We must not jeopardise children’s future on political sentiments...