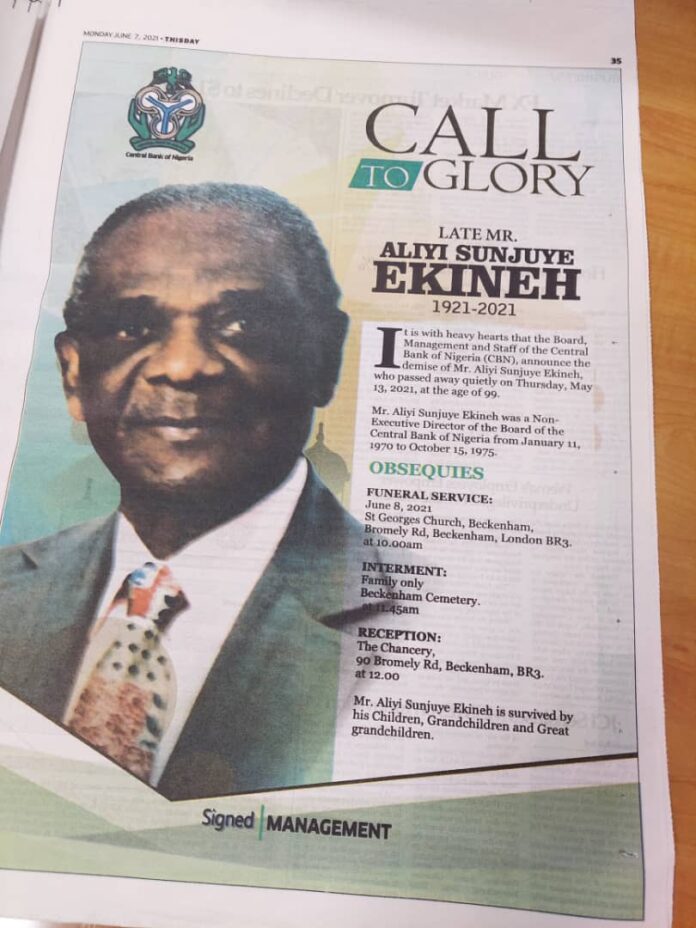 The Bar and the entire Nation were thrown into mourning when the news of the death of Aliyi Sunjuye Ekineh Esq. filtered in.

Late Aliyi Sunjuye Ekineh who passed on at the age of 99 years, was a former Assistant General Secretary of the Nigerian Bar Association in the early 1960s.
He was called to the Nigerian Bar in 1953 and subsequently founded Cheakley Chambers. He later served on the Board of Directors of the Central Bank of Nigeria from 1970 to 1975.

As he is committed to mother earth today, the NBA bids it’s past Assistant General Secretary – Late Aliyi Sunjuye Ekineh farewell and may his soul rest in perfect peace.