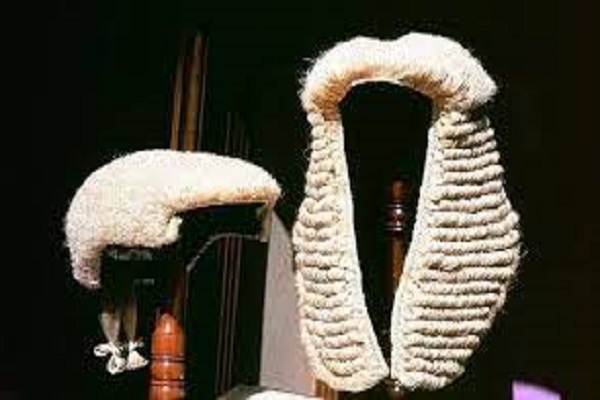 Last week, the Legal Practi-tioners’ Privileges Committee, LPPC, announced the commencement of receipt of applications for the 2023 award for the rank of Senior Advocate of Nigeria, SAN.

The LPPC, in a notice by its Secretary and Chief Registrar of the Supreme Court, Hajo Bello, stated that the invitation was in accordance with the provisions of Section 5(2) of the Legal Practitioners Act, Cap L11 Laws of the Federation of Nigeria 2004 and Regulation 10 (1) (4) of the guidelines for the conferment of the rank of SAN, 2022.

The notice reads: The LPPC hereby makes a formal call for applications preparatory to the award of the rank for the year 2023. Commencing with this year’s exercise, applications shall only be made online and prospective applicants are directed to visit www.lppconline.com to make their applications.

“Only clear copies of materials presented shall be considered/acceptable by the Secretariat in compliance with Regulation 9(2) of the Guidelines. In the case of Academic applicants who may wish to submit publications that are too voluminous to be conveniently scanned and uploaded, it shall be sufficient to scan and upload the title page of such publications, whilst submitting the hard copies along with the flash drives referred to in clause 25 below.

“Any application together with supporting documents submitted in a manner contrary to the directives of the LPPC as enumerated above, will be rejected by the Secretariat. All applications together with their mandatory or supporting documents must be submitted online at www.lppconline.com before 12noon on March 31, 2023, whilst the flash drives referred to in clause 25 above must be delivered to the LPPC Secretariat before 4p.m., on April 3, 2023.”

The LPPC’s decision to increase the processing fee from N600,000 to N1million has been generating mixed reactions in the legal circle. While some lawyers kicked against the increase saying that it amounts to commercializing the award, others argue that taking the SAN award is not a tea party.

Responding to criticism of the new application fee, former Dean of Nigerian Law School, Enugu campus, Prof. Ernest Ojukwu insisted that the new increase was fair considering the inflation rate in the country. He said: “A fee is important to support the processes for the management of the SAN award since the programme is self- financing and not supported with any other fund or endowment. N1m application fee is also fair considering the inflation rate in the country and the value of our currency.

“In England where Queen’s Counsel, QC now King’s Counsel, KC is awarded and from where we took the tradition and practice for SAN, the application fee is £2,280 and if you are appointed, you will pay an additional fee of £3,840. The only thing that I can urge LPPC is also to follow the practice in England and institutionalise a concessional fee for applicants that their annual income is adjudged low. In England, the concessionary fee of half the normal fee is charged to applicants whose annual income does not exceed £90,000(about N50m CBN exchange.)”

Law lecturer, Prof. Sam Erugo, SAN also supported the fee increase and stated that N1m processing fee for the award of SAN is relatively cheap compared to rates in other countries.

He said: “Payment of processing fee by applicants for the award of the rank of SAN is not new, and there is nothing to warrant debate in the LPPC ‘s decision to charge N1million for the current year. The Committee merely increased the fee from N600,000, charged over the past three to four years.

Before then, it was N400,000. From inception of the award, a modest processing fee has always been charged, and I believe that N1million is still a reasonably modest charge in today’s Nigeria.

Essentially, for one to have distinguished his or herself in the profession as envisaged, and be able to satisfy other specified conditions for the award, I doubt that N1million processing charge should be an issue for debate.

“I dare say that the real cost for the award are in getting qualified, and particularly for applicants under the Advocates’ category, funding an acceptable office, including a Law Library, and for every applicant being able to fund an application, that is, the package. These are expensive processes, and unquestionably so. Moreover, I do not know of anywhere in the world where such award or appointment, is free or cheap. In England where we borrowed the idea from, reasonable fee is charged for submission of an application for appointment as a Queen’s Counsel (now King’s Counsel). For the current year, it is £2,160 (VAT inclusive) for processing; and a further £3,000 will be paid by successful applicants.

“So, the Nigerian process is cheap, and the LPPC should be commended for this. Of course, like the title suggests, the N1million charge is for processing, and there is no argument that the process for selecting the SAN awardees is quite rigorous and tasking to LPPC with different subcommittees that work, travel and meet several times before the exercise is concluded. We should be more concerned with the efficacy of the committee in the selection process in the face of daunting challenges, and not the modest processing charge.”

Former President of Committee for the Defence of Human Rights, CDHR, Mr. Malachy Ugwummadu said the LPPC may need to review the N1m fee as the award would now attract only money bags in the profession.

He said: “It’s granted that the award or conferment of the rank of SAN is a privilege and entirely at the discretion of the LPPC, thus, the amount at which the processing fee is fixed is equally at their behest. However, the rank of SAN has always symbolised and represented the peak of our professional career in terms of learning and character. It’s not and never intended to be a measure of material acquisition and worth.

“In many respects and within the context of the Nigerian economy, the LPPC may need to exercise better caution and discretion. Otherwise, it will attract only money bags who can afford such exorbitant processing fee amongst other layers of fees and financial commitments. Such money bags may be the only applicants eligible for consideration but may have very little to offer the profession in terms of deepening and expanding the frontiers of the legal jurisprudence to meet the exigencies of contemporary Nigeria.”

Award should not be commercialised—Ufeli

Executive Director of Cadrell Advocacy Centre, Mr. Evans Ufeli also disagreed on the new fee and warned of the dire implication of commercialising the award. He said: “The recent decision by LPPC, to charge applicants for the award of SAN, N1m as a processing fee appears far-fetched. As much as I do not know the rationale behind the decision, I feel it is unhealthy. The award of SAN should be strictly on merit to preserve the sanctity and dignity of the calling.

“An exorbitant fee for the application for SAN may derogate the canonical potency of the rank and therefore devalue its predilection. My humble submission will be to say that the committee should revisit that decision and redirect as the negative dust it stirred is yet to settle.

“The amount charged here is like taking a poisonous leaf to a purification feast. The commercialization of promotion in the legal circle is a security risk situation.”