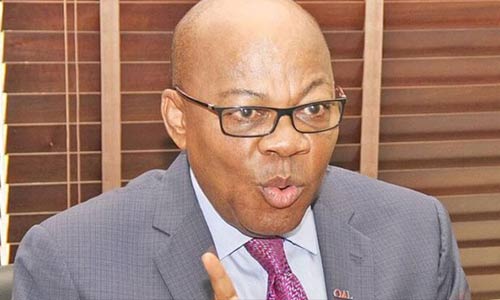 A Senior Advocate of Nigeria (SAN), Dr. Olisa Agbakoba, has called for the establishment of a National Customs and Border Enforcement Services and a new legislation to merge the immigration and customs services.

The expert in maritime and development law made the call in an article titled: “Avoiding or Mitigating Recession In Post-COVID-19 Nigeria.”

He, therefore, charged the National Assembly to enact trade remedies legislation and a trade Expansion Act as it would help create millions of jobs, grow local industries and expand the economy, pointing out that the proposed legislation would impose anti-dumping duties on non-essential products, as well as special duties on exports into Nigeria which were subsidised by a foreign country.

He posited that the country had no trade policy which was why it was a major dumping ground for foreign goods.
He said the trade remedies legislation would prohibit imports if it was judged that they would cause material injury to local industries, for example, by impeding local growth, adding that “it is also important to enact legislation that will support the recently established Nigerian Office for Trade Negotiation (NOTN).”