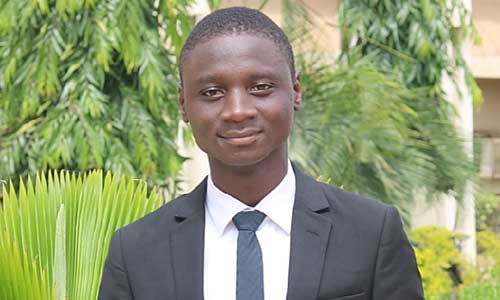 The cyberspace is awash with the news of sacking of Pastors by the Living Faith Church, popularly known as Winners’ Chapel. According to the letters available online, the pastors were sacked because their “church growth index falls below expectations.”

The situation has elicited mixed reactions across the country. This article aims to analyze the situation strictly from legal perspective leaving out the spiritual or moral aspect. To achieve its aim, this article raises the following questions: can those pastors sue for unlawful dismissal? What if the pastors refuse to leave the offices as ordered by the church? Are the pastors employees of Living Faith Church in the eyes of the law?

Whether pastor is an employee of the Church

The position of a pastor in church was an issue in the case of Reverened Gideon Iheanacho  V. Rt. Rev. Dr. Cyril Okorocha & The Registered Trustees of the Diocese of Owerri Church of Nigeria (Anglican Communion), (Unreported Suit No. NICN/OW/83/2016 delivered on 11th April, 2018).

The pastor in this case challenged his voluntarily retirement by the church as unlawful, irregular and void. He argued that the acts of his appointment into various positions in the church and the salary and allowances paid to him constituted sufficient facts from which a contract of employment could be inferred. The National Industrial Court rejected the argument. The court said employment cannot be presumed. That it is a fact which must be proved by evidence. That the fact that a person was being paid salary and allowance by another is not proof of contract of employment. Also, that the pastor’s postings by the church to other parishes of the church could not by themselves create any employment contract between him and the church.

The most recent case of Rev. Deji Olaleye & Anor v. Incorporated Trustees of Foursquare Gospel Church (Unreported Suit No. NICN/LA/589/2015 delivered on January 10, 2019) is also relevant to the present discussion. In this case the Claimants were ordained as pastors in the Defendant church but later dismissed. They challenged the dismissal and filed an action before the National Industrial seeking reversal. The Claimants argued that the letter of their dismissal and the Handbook for pastors in the church were tacit and direct evidence of their status as employees in the church. The court rejected the argument and held that the Claimants were not employees of the church. The suit was therefore struck out.

In another case of Rev. Dr. V. C. Iwu vs. The Board of Trustees Assemblies of God Church (Unreported, Suit No. NICN/OW/41/2014, delivered on the February 12, 2015)., the Claimant pastor was accused of making advances at a church member consequent upon which he was dismissed. When he challenged his dismissal, an issue arose as to whether he was an employee of the church or a voluntary worker. The pastor argued vehemently that he was paid every month like every other worker or teacher in the church and as such was not a voluntary worker. The church countered the argument and submitted that the Money paid to the pastor was a stipend to take care of his family, not salary. The court agreed with the church and held that the Claimant was a voluntary worker. That even if he were an employee, he couldn’t be imposed on his unwilling employer – the church. The court emphatically held that a contract of employment cannot be presumed. That the fact that a person was being paid salary and allowance is not proof of employment.

The implication of the position taken in the foregoing cases is that in the absence of any letter or agreement of employment, the pastor is not an employee of a church. A pastor is ordained to serve a church voluntarily. Therefore his service can be terminated at anytime. Secondly, the dismissal of a pastor is an internal affairs of a church and therefore not justiciable. In other words, courts will not be willing to interfere in internal affairs of a church to query the dismissal of a pastor.

What if a sacked pastor refuses to vacate office?

The only thing the church can do in the circumstance is to sue the sacked pastor and seek court order directing him to leave the church and its properties. The law frowns at self-help. Surprisingly, a similar attempt by a church to stop a dismissed pastor from attending its programmes and parading himself as its pastor failed in the case of the Registered Trustees of Four Square Gospel Church in Nigeria v Rev. Isaac Adeyemi. (Unreported, Suit No. NICN/LA/599/2014). In this case the Registered Trustees of Four Square Gospel Church filed a suit against one of its former pastors, Rev. Isaac Adeyemi, seeking an order of perpetual injunction restraining the defendant from ministering, attending, interfering, delegating, performing or holding out or describing himself as a member, pastor, cleric or overseer of the claimant’s church. The National Industrial court  Lagos struck out the suit on the basis that the relationship between the pastor and the church was not of employer employee, it therefore declined jurisdiction and refused to grant the restraining order. With profound respect courts are stretching their refusal to interfere in church disputes too far. The court should have made pronouncement in the circumstance.

The foregoing discussion leads person to only one conclusion – courts are unwilling to assume jurisdiction on pastor – Church relationship. They see it as an internal affair of a church which  the church alone should handle. The implication is that the recent mass sacking of the Living Faith pastors is not justiciable – they cannot be entertained by courts. In Rev. Dr. V. C. Iwu vs. The Board of Trustees Assemblies of God Church Church, the pastor established a clear case of breach of right to fair hearing because he was not availed the petition used against him yet the court turned blind eye to his submission. This author suggests that the courts need to revisit its position and intervene in deserving circumstances.

Another point that surprises this writer in the decisions of courts above is the rejection of salary and nature of work of Pastors as proof of employment. Must contract of employment be in writing? Contract of employment is defined under section 91 of the Labour Act 2004 as “an agreement whether oral or written, express or implied whereby one person agrees to employ another as a worker and that person agrees to serve the employer as a worker”. Thus, to me, the Claimants in all the cases above established implied employment relationships sufficient to warrant the National Industrial Court to assume jurisdiction. Assuming jurisdiction will not necessarily mean that the sacked pastors will be reinstated. At least, the lawfulness of their sacking will be known and damages will be ordered in deserving circumstances.

O. G. Chukkol is in his finals at Faculty of Law ABU, Zaria and a 2021 Law School Aspirant.  oliverchukkol@gmail.com