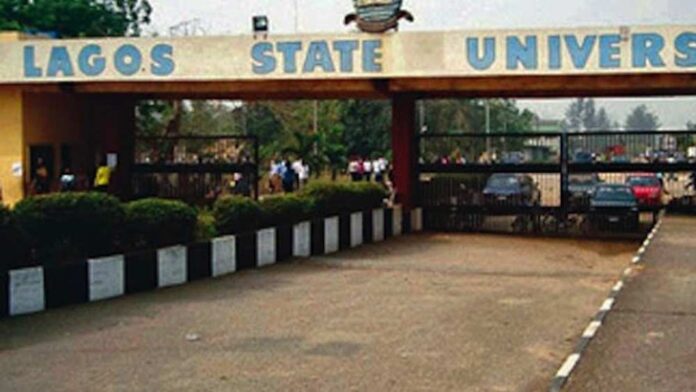 The Lagos State University (LASU), Ojo, has sacked 20 lecturers and retired one for not possessing PhD degrees.

The Governing Council of LASU took the decision recently after a report of the Appointments and Promotions (Academic) Committee (APC).

The report of the committee was signed by the Deputy Registrars, Academic Staff Establishment, DS Oguegbe, and it reads: “Please find forwarded report of the 137th statutory meeting of APC held virtually on Tuesday 3rd and reconvened on Wednesday 4tg November 2020 via Zoom.’

A lecturer 1 in the Department of Business Administration narrowly escaped sacked. He was retired from the services of LASU after lecturing for 19 years. The committee revealed that he applied for M.Phil/Ph.D from 2013/2014 academic session and had no evidence of completion of the programme.

Among those sacked include a Lecturer 1 in Foreign Languages, who had put in 33 years in service. He was granted approval to undertake a PhD in French Studies in LASU from 2013/2014 academic session. The committee discovered he had no evidence of completion of the PhD degree.

The committee also discovered that a Lecturer 11 in Industrial Relations and Human Resources Management, who had spent 23 years in service was granted approval to pursue PhD in Business Studies at University of Wales, UK, from 2007 to 2012.

The council discovered that rather he enrolled for PhD in Business Administration in 2014 at Babcock University without approval. ‘There was no evidence that he is still on his PhD.’

According to APC findings, six lecturers did not respond to the committee’s request on their PhD programmes, thus it recommended that they be sacked from the university.

Reacting to the sack, the Concerned Academic Staff of LASU and Concerned Alumni of the university wondered why the governing council approved the termination of their appointment when it shortlisted a professor without PhD degree for the Vice-Chancellor interview.

Both the concerned staff and alumni described the governing council’s action as a double standard in the application of rules and regulations guiding LASU, sacking lecturers without PhD and shortlisting one for VC selection interview.

Another group of LASU workers also questioned the rationale for the sack when the management recently employed relations of some senior staff and union leaders as administrative staff and lectures.

‘This is a double standard. While the council approved the sack of over 20 lecturers, the university management through the back door engaged family members and relations of some LASU staff. The employment did not follow due process.’