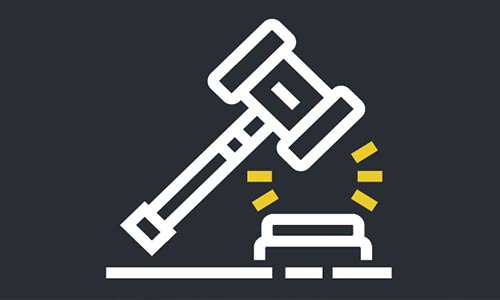 Among the admitted evidence were the death certificates of some victims of the election violence.

The video clips showing violence were tendered by the petitioner and governorship candidate of the People’s Democratic Party (PDP), Mr Musa Wada, amid stiff opposition by the respondent’s counsel.

During the proceedings, Wada who called his first witness to substantiate his allegations of electoral malpractices had earlier called forensic analyst and writing experts.

His counsel, Mr Jibrin Okutepa (SAN) called the first witness, Captain Joe Agada, a retired military officer through whom a card reader was tendered as evidence.

The admissibility of the evidence was, however, opposed by the counsel to the Independent National Electoral Commission INEC, Dr Alex lziyon (SAN), on the ground that a similar evidence had been rejected on 8th of April by the tribunal.

Izinyon informed the tribunal of a pending appeal lodged by the petitioner who is asking the Court of Appeal to direct the tribunal to admit the evidence.

Counsel for the All Progressives Congress, (APC) Malam Ahmed Raji (SAN) and the counsel for governor Yahaya Bello, Elisha Kura, aligned with Iziyon that the admissibility of the evidence will amount to abuse of court process.

But Okutepa emphasised that the evidence tendered can be admitted at any stage.

Ruling on the application, the chairman of the tribunal, Justice Kashim Kaigama admitted the video clips on the election and the death certificates of some victims of the election violence .

The video evidence where election violence erupted was later played in the court.

The PDP candidate in the governorship election, Musa Wada, had filed a petition challenging the election that brought Governor Yahaya Bello of the All Progressives Congress APC to power for a second tenure in office.

The PDP candidate is challenging the victory of Bello who was declared winner of the election by INEC in which Bello was said to have scored a total of 406,222 votes to defeat Wada with 189,704 votes.