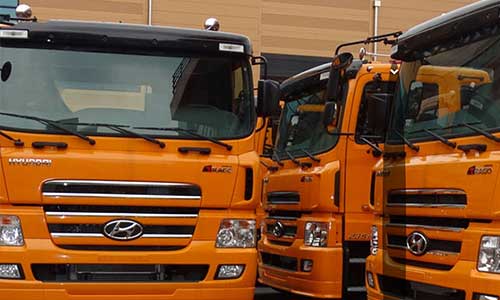 Eve-Rite Logistics Ltd has debunked the news making the rounds that the Niger Delta Development Commission (NDDC) awarded contract to Hon. Justice Nnamdi Dimgba of the Federal High Court to the tune of N249, 555, 206.25.

In a statement made available to TheNigeriaLawyer (TNL) signed by the Company’s Secretary, Aghogho Akpojotor, Esq., the company said the said contract was executed by them, not Justice Dimgba

“Our attention has been drawn to various publications in the social media alleging that Justice Nnamdi Dimgba of the Federal High Court (FHC) got a contract worth N249,555,206.25 awarded to him by the NDDC. We initially did not think much about the publication until we realised that the amount of the contract N249,555,206.25 and the description of the location was the same amount as the contract awarded to and executed by our company in his hometown (community), Uturu, in Abia State. This is despicable.”

The company said Justice Dimgba has nothing to do with the contract and the allegation is an attempt to malign the judge. They emphasized that the contract was awarded to them by NDDC for the rehabilitation of a road at Uturu, Abia State.

“The allegation that the contract was awarded to the judge was therefore nothing but a mischievous attempt not only to malign the judge but to imply that our company was involved in some fraudulent and corrupt contract scheme. Not only does the judge have nothing to do with the award or execution of the contract by us, he also has no interest in our company. As a reputable registered contractor with NDDC, our company has a track record of both concluded and ongoing jobs with the NDDC.

“The contract in Uturu, Abia State, was awarded to our company, Eve-Rite Logistics Ltd, by the Niger Delta Development Commission (NDDC), for the rehabilitation of the road. Uturu, where the job was executed is in Abia State, one of the states that constitute the NDDC. It is important to stress that even though we have completed the job, we were neither paid any mobilizations fee nor paid any money at all for the job. The company undertook the execution of the job at its expense.”

Eve-Rite Logistics Ltd said the allegation is not only misleading, but is also defamatory. They demand that all media outlets should pull it down and consultations are ongoing by the company with its legal Advisers for appropriate legal steps.

“It is our belief that not only is the publication very misleading, it is also capable of lowering us in the estimation of right-thinking members of the public, by giving the impression to all those who are aware that our company executed the contract, that our company is a front for some other person. To suggest that such a person is a judge, makes the story much more damaging to our hard-earned reputation.

“We consider it defamatory of the media media outfits to have inferentially made the statement with respect to us. We therefore demand all media outfits that have published the story to pull the same down and cease and desist, either by themselves, their agents, officials, officers, privies, third party media outfits, social media or persons acting on their behalf from publishing, hosting, advertising, promoting, distributing and further circulating the unfounded allegations

“Meanwhile we are in consultations with our legal advisers and will be taking the appropriate legal steps.”