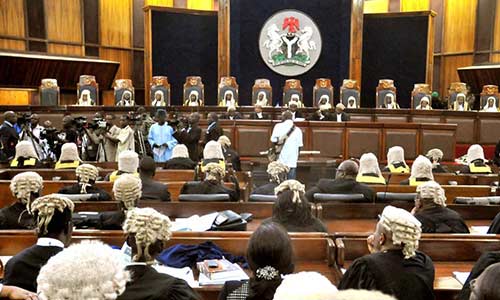 Last week’s strike by the Judiciary Staff Union of Nigeria (JUSUN), clamouring for judicial independence was a decision taken rather too late. For whatever reasons, the leadership of the judiciary as an arm of government appeared too laidback, perhaps, because it could always sort itself out when the chips are down. But that does not guarantee the place of the other layers of the all-critical institution and their wellbeing.

In a democracy and even dictatorship, the place of the judiciary is immutable. It is the reason the principle of separation of power frowns at the overbearing tendency of any of the other arms of government, prescribing their respective independence, albeit in collective interest.

But Nigeria’s federal system appears to have encouraged the Executive to capture the judiciary and enslave it, so it could only serve at the pleasure of its power. Although the legislature was in this corner before it sought and largely secured its freedom, save for a few states that chose to look away from what’s right and proper, Judiciary’s time finally came last week.

With Nigerian governors agreeing to concede its most deserving independence to it, the judiciary might be on its way to self-rediscovery.

Battered and reduced to a shadow of itself, the judiciary had remained in the unenviable shadow of the Executive at all levels for too long with a rather devastating implication on performance. But with a new life beckoning at it, this liberation from Executive’s grip is long overdue. Thisday