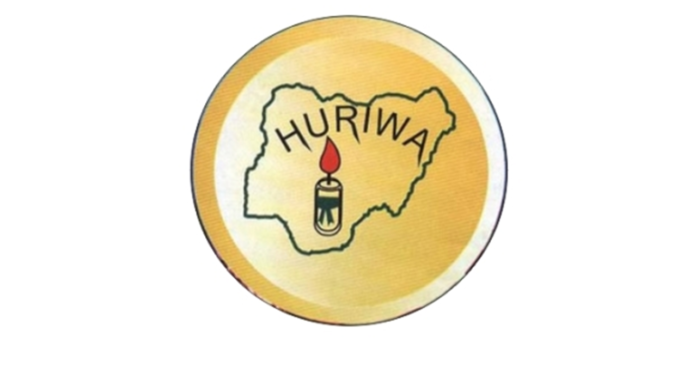 Human Rights Writers Association of Nigeria, HURIWA, has lamented the President Muhammadu Buhari government’s lack of efforts to evolve the needed intelligence gathering infrastructure to track the movements of cash by terrorists and their masterminds in Nigeria.

HURIWA said this while reacting to a recent statement by ECOWAS group, the Inter-Governmental Action Group against Money Laundering in West Africa, (GIABA) which stated that terrorist groups operating in the North East, Boko Haram and ISWAP have continued to mobilise, move and utilise funds through the nation’s formal financial and commercial system.

HURIWA said that the Buhari government has failed to play effective oversight roles on the regulator of Nigerian banking system including financial institutions such as the Central Bank of Nigeria, CBN.

The right group pointed out that government officials were more interested in trading in the BDCS in foreign currency sourced cheaply from the apex bank.

HURIWA sees this as a historic indictment of the current administration, adding that the Buhari government is not committed towards waging determined counter terrorism war.

HURIWA said that it was shameful that Buhari, who head the ECOWAS body is lacking in adequate insight into the activities of these dreaded terrorists groups in terms of their international links and financial activities.

The human rights organisation said it was scandalous indictments on the part of the Buhari and his government and to say that since the year 2015 when this administration assumed power, the Defence and related services have been highly budgeted for.

HURIWA said that the recent report shows that perhaps government was busy frittering away the resources on frivolities instead of developing the necessary infrastructures to efficiently hunt down the sponsors of terrorism in Nigeria.

The human rights advocacy group said this In a statement signed by its National Coordinator, Comrade Emmanuel Onwubiko and the National Director of Media, Miss Zainab Yusuf.

HURIWA noted that while the United Arab Emirates is successfully prosecuting funders of terrorists in Nigeria, the apex bank is more interested in going after financial assets of organisers of the #EndSAR protest.

The group said that it seems as if Buhari is more interested in granting amnesty to those his government described as repentant Boko Haram terrorists.

The rights group, therefore, urged the Federal Government to stop playing ethno-religious politics with the fight against terrorists.