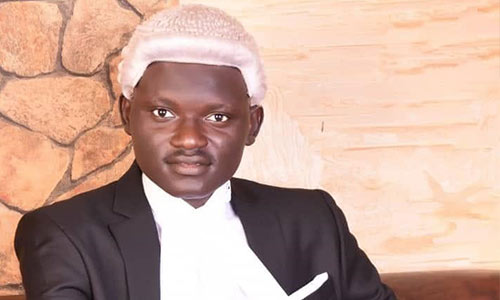 Recently, the Federal Inland Revenue Service(FIRS) through it’s Chairman announce that the agency will commence the collection of 6% stamp duties on tenancy agreement.

While the payment of stamp duties on tenancy agreement is not a new provison, but the imposition of the new percentage of 6% flat rate is not only foreign to both Law and administrative practice, it is also illegal.

The Stamp Duties Act was enacted into Law in 1939 and it has gone through certain amendments. Most recent of the the amendments is that of the Finace Act 2018.
Going through the gamut of the Stamp duties Act and the amendments in the Finance Act, certain things become quickly clear.

Going through the Stamp duties Act, it becomes obvious that it is a very detailed legislation. Leaving little or no room for doubt as to Tax Liability and upon which individual.
EXPRESIO UNIUS EST EXCLUSIO ALTERIUS, express mention of one thing is the exclusion of the other. The Act itself has provided expressly for instance where any imposed stamp duty can be varied, and unfortunately the FIRS as an entire body is not vested with the requisite Powers to vary upward or downward the stamp duties Act.
So the Position of the FIRS Chairman that the Stamp Duty to be paid on leases and tenancy agreement is 6% is against the Provisons in the schedule of the Act and is void. It is tantamount to arrogating to yourself powerself you don’t have.
Furthermore stamp duties can be either
1. Advalorem: This is the general stamp duties are charged . Section 4. Advalorem is a computation based on the value and price of the property. It is determined by the consideration and in accordance with the scale provided in the schedule to the act.
2. Fixed- This computation disregards the value of thenepoeoerty and gives a flat rate.
It becomes obvious that the FIRS as a body cannot inturn make a rate declared as Ad Valorem and summarily turn it into a fixed rate, under any guise whatsoever. Rate for lease and tenancy agreement are Ad Valorem and not fixed, so the FIRS can not make it otherwise without altering the Act.

B) What is the current stamp duty levy on tenancy agreement?

Furthermore, the authority to stamp the document depends on the parties involved. If only individuals are involved, then the State Internal Revenue Board may stamp it, if it is a corporate body, then the FIRS may stamp. A document has to be stamped as soon as it is executed. Documents are to be stamped within 30 days of it’s execution.
For tenancy and lease agreement, the burden to remit the money to the tax board is on the Landlord. The charge is on the instrument or agreement not on the receipt.