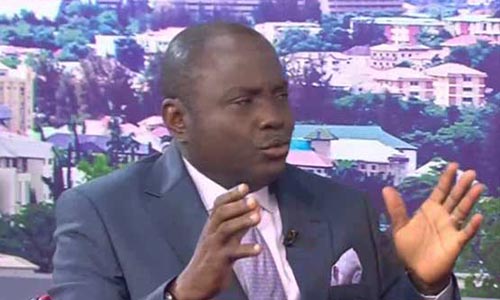 Senior Advocate of Nigeria, Mr. J.S Okutepa, SAN has stated that the proposed plan of the Federal Government of Nigeria to debt-finance the railway project from Nigeria to Niger Republic is a misplaced priority and a wastage of scarce resources.

He said this in a statement which was made available sighted by Legaldeskng, urging the need for a rethink.

“I think there are many things our leaders know that we the ordinary mortals may not know. One of such things is the proposed construction of railway lines from Nigeria to Niger Republic.”

He stated that there is no economic benefit that may accrue therefrom.

“I don’t care to know the routes. But I am worried and bothered about the economic and social benefits of this project to Nigerians and Nigerian people.”

Meanwhile, he agreed with a commentator that such a venture is a monumental wastage of national resources.

“As one of the social commentators said on the Rule of Law Forum and I quote him:

“Honestly when I saw this message yesterday I practically shutdown. What’s in Niger Republic to have attracted a mega decision of this nature? And worst still, it would be a debt-financed project. What kind of blood runs in the veins of these leaders? At such a time like this that resources are so scarce everywhere?? Could this be a prime infrastructural necessity at this time in the life of this nation? $1.9b will do far more than providing “Mega National Reference Hospitals in each of the geo-political zones of the country”.

“Oh goodness mercy! Or could it be we don’t know what they know. Can they or somebody please shed more light of this intended national waste?”. He said.

Besides, he said Nigerians are suffering and the roads and hospitals are in a state of eye-sore in which the government is not paying attention thereto. Therefore, there is a need to address the reason for the proposed railway project.

“Nigerians are wallowing in abject poverty-stricken situation. Our roads are still death traps.

“Yesterday Nigerians in their numbers were burnt alive in Lokoja due to bad roads. Our hospitals are still mere consulting clinics. Essential drugs are lacking in our hospitals. Our universities and other tertiary institutions have no good infrastructure for conducive learning.

“Why are we taking loans to invest in this wasteful venture. The government needs to explain to us.” He said.

“The decision is ill-motivated and ill timing. There is a need for the FEC and FGN to look into this and put an end to it.” He concluded.