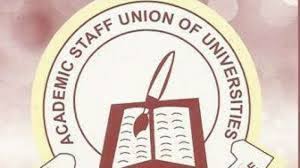 THE Federal Government has said the Academic Staff Union of Universities (ASUU) lacks the power to dictate to government how to receive its members’ salary.

It said the union’s members, being employees of government, must abide by labour laws on how to be paid.
The government spoke through the Minister of Labour and Employment, Senator Chris Ngige.

The minister said the Federal Government would invoke various labour laws – local and international – on the striking university teachers to make them reason with the government.

He urged the lecturers to resume discussion on some of the issues it raised with the government.

The ASUU leadership, on March 23, declared an indefinite strike over the new payroll system and the non-implementation of the 2009 FGN-ASUU agreement.

Ngige also said the taxes being deducted by bursars and vice chancellors of universities were not reflective of PAYE (Pay As You Earn).

The minister said the Federal Government had to offset the shortfall of over N800 billion to state governments through Joint Tax Board (JTB) as a result.

He said: “We are thoroughly embarrassed that such reckless and baseless allegation could be credited to the Minister of Labour and Employment.

“In the first place, is ASUU responsible for the management of the payroll and personnel information in the universities?

“Secondly, how many of those responsible for the so-called ‘double payments’ has government apprehended, tried and jailed to serve as deterrents?

“In the third place, what did government do in universities where ASUU submitted petitions against vice chancellors we suspected to have involved themselves in corrupt practices?

“Honestly, we in ASUU find it difficult to relate with Senator Chris Ngige as a ‘conciliator’ as he prides himself.”

In a statement yesterday by his media aide, Emmanuel Nzomiwu, the minister said: “I invited ASUU for a zoom meeting, in compliance with World Health Organisation (WHO) and National Centre for Disease Control (NCDC) COVID-19 guidelines, but they insisted on meeting me face-to-face. We have labour laws.”