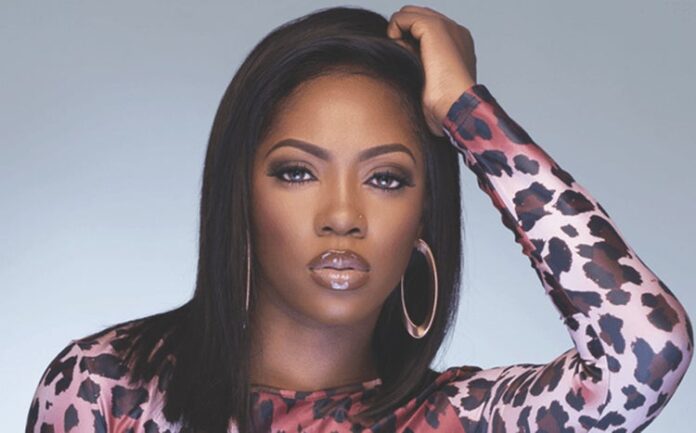 The leaked tape saga of Nigerian singer Tiwa Savage has again become a social media conversation after a federal university had it featured in its examination.

The singer’s infamous moment was the number two question in a first-semester examination of the department of English and literary studies, Federal University of Lafia, Nasarawa.

Tiwa Savage was the central character in a recent literature question written by the students of the Department of English and Literary Studies.

In the question, the undergraduates were asked to explain the connection between musical lyrics and scenes in the trended video.

The said question involving the singer was allotted 20 marks by the examiner.
The examination question of the University of Lafia, Nasarawa has already gone viral across social media with many Nigerians questioning the relevance of the test.

Nigerians react @_ugez opined: “What typer rubbish question is this? The professor is mad. Like Nna eh! No sense in this question.”
@emodisino thought: “This country no dey forget things o, Na so person sex history dey for generations yet unborn to come discuss.”
@habbizzelle remarked: “The question doesn’t even correlate with the sentence. This lecturer just wants to trend. Arindin.”
@mrpresidennnt wrote: “The person that set the question and the company that printed it all of una dey ment.”
@david_don30 stated: “This is not good it will bring up what has happened before and she will start to feel bad again, some people will rewatch it again.”