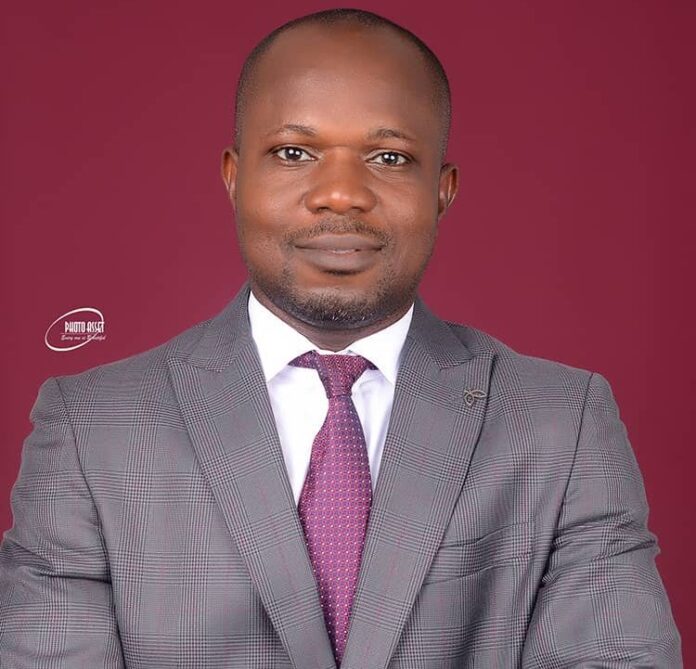 Immediate Past Secretary, NBA National Welfare Committee and Pioneer Secretary, NBA Effurun Branch, Ewenode.O William, has penned down a heart warming message to his supporters who have stood with him since he declared his intention to run for the office of General Secretary of the Nigerian Bar Association come July 2022.

In a statement made available to Newsmen, Ewenode said he was informed via a mail from the ECNBA on the 21st of May, 2022 that his nomination was made by an unqualified member.

According to him, he disagrees with the ECNBA position but will nonetheless withdraw from the contest and move to higher things.

Read his statement below

I wish to express my special appreciation to you my indefatigable supporters who stood by me since July , 2021 when I indicated my interest to contest for the position of the General Secretary of the NBA

From the onset of my consultation, you stood solidly with me. You gave me an unprecedented support base that others were envious of.

Ours was a movement that was like a wild hurricane that swept the NBA National political space within this short period.

THE SEVERAL ASSAULTS ON ME FOR HAVING THE AUDACITY TO RUN FOR GS.

My desire to serve the NBA as the General Secretary did not go down well with several persons including the Establishment who saw my aspiration as a battle that they must fight.

I was confronted and told to my face that they will work against me for daring to contest the position of the General Secretary.

I recall several verbal assaults on my person all in bid to cow me out of the race but I was the more ever determined to their chagrin. Take for example the verbal assault on me at Ibadan in 2021, Ikeja in April 2022 and others. All their actions failed to archive their aim of weakening my zeal rather I was the more fired up and gained wider support among Nigerian lawyers.

ECNBA ORDER TO ME NOT TO CONTEST THE ELECTION.

At past mid night of 21st May, 2022, I received a mail from the ECNBA that my Nominator who paid his 15th year Bar Practice Fee was not qualified to nominate me.

Having consulted, I came to the simple conclusion that though I disagree with the ECNBA’s position, I will nonetheless withdraw from the contest and move on for higher things because those who are threatened with my chances of victory at the poll in the establishment are still at work, so why appeal it?

From my wide consultation across Nigeria, I feel so excited that my acceptance has been overwhelming. This is a statement of fact that has been made.

I cannot thank you enough my distinguished colleagues for standing firmly by me all through this period.

I truly appreciate you all.

I shall always be around to contribute my support to the growth of the Bar .

Thank you once again and may God bless you.