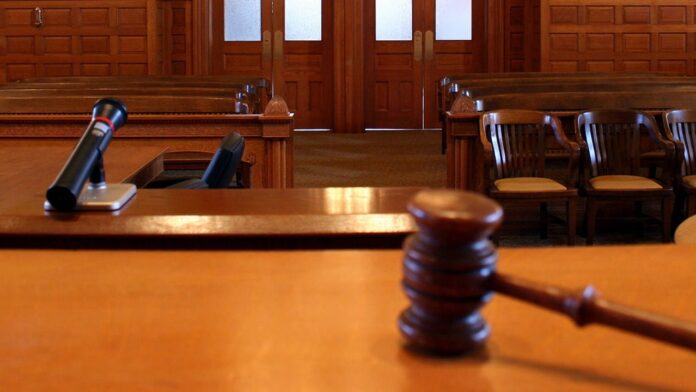 By Punch Editorial Board

A new report entitled, ‘Global Estimates of Modern Slavery,’ published by the International Labour Organisation revealing that 22 million girls are in forced marriage worldwide spotlights the persistent reality of modern slavery. Furthermore, criminal networks operating under various guises hold no fewer than 28 million people in abject subjugation on account of debt default, or been trafficked far away from their home countries by criminals, who had promised them a better life elsewhere. Sadly, Nigerians feature in this sordid international saga. Global and local authorities should adopt stronger, more effective measures to terminate the atrocity.

Around the world, vicious exploiters are on the prowl, enslaving the vulnerable. This negates the humane social order the United Nations General Assembly has sought to enthrone since 1948 through the Universal Declaration of Human Rights and its subsequent nine binding treaties. All the 193 member-states, including Nigeria, have ratified it wholly or in part. With this global consensus, all countries should collaborate to end the misery of the millions trapped in slavery.

The United States State Department describes ‘modern slavery,’ and ‘human trafficking’ as umbrella terms that refer to both compelled labour and sex trafficking. Its various forms include forced labour, sex (and child sex) trafficking, bonded labour or debt bondage, domestic servitude, and recruitment and use of child soldiers.

Victims of forced labour are put to work under inhumane conditions in factories, construction sites, agriculture, and in domestic settings. Held in some form of captivity, with restrictions on movement or association, they are forced to work through threats of violence or some other forms of punishment. They cannot negotiate terms of employment or pay and, often, may not even receive any wages for years.

Those recruited in prostitution rings suffer forced sexual exploitation as their masters or ‘madams’ receive whatever their customers pay, at least until a predetermined sum, usually prohibitive, is paid off. Then there are the silent 22 million in forced marriages – and in purdah, in countries like Nigeria – and the little ones in child labour.

Everything about modern slavery is abhorrent. It represents a lamentable regression in moral and ethical standards, signified by the unanimity among nations in their endorsement of the UDHR. Article 4 states: “No one shall be held in slavery or servitude; slavery and the slave trade shall be prohibited in all their forms.” Article 5 states: “No one shall be subjected to torture or to cruel, inhuman or degrading treatment or punishment.”

That document was hailed by the UN General Assembly as “a common standard of achievements for all peoples and all nations.”But today, so many countries are enmeshed in slavery, both in the industrialised world and the Third World, according to the ILO. For Nigeria, the available evidence is depressing and demands a painstaking review of remedial measures and strategies. Records from the United Kingdom indicate that for years, Nigeria has been “in the top three countries of origin for modern slavery victims.” In March2019,TIME magazine reported: “Across Italy, Nigerian women are slowly displacing the Eastern Europeans who once dominated the illicit sex industry…. Recruiters, often in the guise of concerned family friends, lure young women – and convince their parents – with promises of money to be made in Europe’s hair salons, hotels, and boutiques.”

For the criminal syndicates, it is a lucrative enterprise, with as much as $150 billion accruing to operators worldwide yearly, according to one estimate.

The push factors in illegal migration from Nigeria include age-old dislocations in national life that successive administrations have criminally glossed over. Millions of Nigerians are desperate. Youth unemployment is over 53 percent, trumping the national jobless rate of 33.3 percent. Hopelessness has made many youths to undertake dangerous journeys through the Sahara Desert, seeking to escape to Europe. Females are susceptible to enticements by human traffickers who subsequently entrap them in prostitution. In tackling the problem, the government must target job-creation, eradicate mass poverty, hunger, insecurity, and the energy crises. This requires stimulating the real sectors of the economy – agriculture, mining, manufacturing, and the SMEs.

A comprehensive integrated plan to combat modern slavery is essential. The degrading practice of purdah should be banned. The National Agency for the Prohibition of Trafficking in Persons needs to be overhauled and strengthened in terms of funding, staffing and equipment. The same measures are required at the Nigeria Diaspora Commission. Both agencies need to work closely together and interface effectively with all intelligence-gathering organisations – the National intelligence Agency and the State Security Service, and the Nigeria Police, Nigeria Civil Defence and Security Corps, Nigeria Immigration Service, as well as the emerging state and regional security agencies.

All security agencies should establish and adequately fund dedicated anti-modern slavery units. These should collaborate meaningfully with NAPTIP and every other agency. The organisation should reactivate and upgrade the app, iReport, that it introduced in 2003 to enable persons who have useful information to alert its personnel. But few Nigerians know about it. A public enlightenment drive should be introduced and sustained to raise public awareness.

The National Orientation Agency, state ministries of information and NGOs also have important roles to play. State governments, traditional rulers in communities that have had large numbers of their females easily recruited into prostitution abroad need to devise means of discouraging such harmful tendencies. States, especially those like Edo that have a high number of trafficked girls, should mount home-grown countermeasures.

Community associations, social groups, and faith-based organisations should engage with parents/guardians and communities to discourage forced marriages. States should rigidly enforce the Child Rights Act that prohibits marriage before age 16; the five northern states that are yet to adopt it should do so without further delay.

All citizens need to understand that modern slavery has potentially dangerous consequences for the future of the country because of the age brackets (youths) within which most victims fall. The statistics show that virtually all are youths, the most energetic segment of the population.

The federal and state governments should act now to insulate them from the twin evils of human trafficking and slavery as a matter of national urgency.