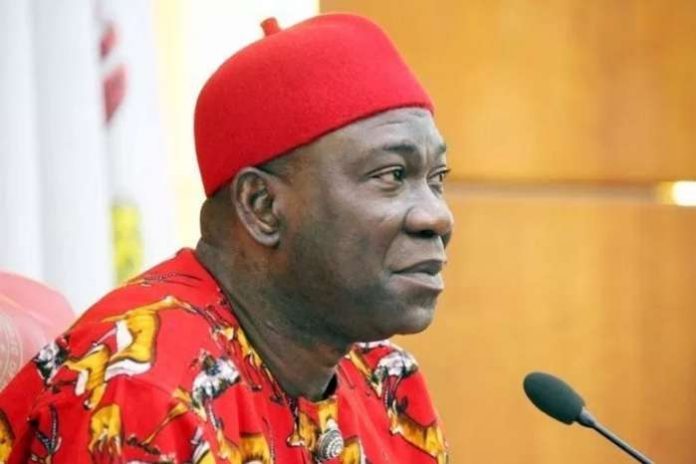 Former Minister of State for Foreign Affairs, Buhari Bala, has chided the Nigerian government and the Senate over their attitude regarding the trial of Senator Ike Ekweremadu.

The former Deputy Senate President, from Enugu State, is being prosecuted in the United Kingdom.

The lawmaker’s 25-year-old daughter, Sonia, was in 2019 diagnosed with a rare kidney disease. She recently made a public appeal for a donor.

Ekweremadu and his wife, Beatrice, were arrested after a Nigerian boy, David Ukpo, alleged that he was taken to the UK for organ harvesting.

In a statement on Monday, Bala noted that it was disgusting that both the government and informed citizens have not exerted their best in solidarity with the Senator.

The former official said he expected more from the Federal and Enugu governments because Ekweremadu was only trying to save the life of his daughter.

“It says a lot in our reward system to allow somebody who has served this country diligently, at various levels both in the state and the federal government, to be so humiliated without reasonable interest and cause of action from the public and government.”

Bala charged the federal government to exert more pressure on the British government in respect to Ekweremadu’s matter since the incident “is of the head and not of the heart”.

He said the fact that Ekweremadu informed the British High Commission in Abuja of his intentions shows that he was not dubious but pushed by desperation “which any reasonable and responsible parent would do”.

“If we allow Senator Ekweremadu to go down like this in a foreign land, it would send a very dangerous signal about the value we place on patriotism in our country, because prior to this incident the Senator was outstandingly patriotic.”

Bala further urged the National Assembly, particularly the Senate, to bear more influence on their counterparts in the UK.

“The Foreign Affairs Ministry should do likewise at the diplomatic level at the earliest possible time. Ekweremadu is a serving ranking Senator, holder of one of the highest national honors, CFR, and holder of a diplomatic passport”, the statement added.