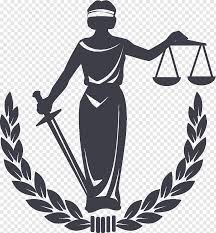 A Chief Magistrate in Ebonyi State judiciary, Chinedu Agama is currently facing trail for granting a bail to the youths’ leader of the Ebonyi State PDP Caretaker Committee, Barr Obinna Iteshi and two others who were arrested and arraigned on 1st February, 2021, for allegedly burgling the State’s PDP Secretariat.

The Fred Udeogu-led Caretaker Committee of the PDP and the Onyekachi Nwebonyi-led State executive that was dissolved by the national leadership of the Party at the wake of Governor David Umahi’s defection to the APC, have been enmeshed in a supremacy battle, with the duo laying claim to be the authentic faction in the state.

The Udeogu faction had gone to take over the party secretariat along Abakaliki/ Enugu highway on 1st February 2021, claiming that it had court order to do so which led to the arrest of its Youths’ Leader Mr Obinna Iteshi and two others, Ngamgbo Chukwunonso and Nwakpa Chibuzor.

The trio were arraigned before the State Magistrate Court, sitting in Abakaliki, which was presided over by Chinedu Agama.

While Iteshi was arrested within the party Secretariat, the second and third accused persons, were said to be returning from exams, when they were picked by the police.

They were arraigned on four counts bothering on felony, conspiracy, breaking and entry, among others.

In his ruling, the Presiding Magistrate, Chinedu Agama, granted the suspects bail in the sum of N50,000.00 each, with one surety, in like sum, and adjourned the matter till February 15, 2021, for report of compliance.

But Agama’s ruling, it was gathered, did not go down well with some powers that be, who allegedly wanted the suspects to be remanded in prison.

Consequently, Agama was allegedly queried and transferred out of the State’s judicial headquarters in Abakaliki to Onueke, Ezza South local government area, by the state’s judicial authorities.

After the transfer, the State Judicial Service Commission(JSC) set up a panel to probe him.

The panel commenced sitting on Thursday, and the embattled Magistrate, Chinedu Agama appeared before it.

Journalists and Lawyers who came to witness the panel sitting which held at the State High Court were barred from witnessing the panel’s proceedings.

The Panel Chairman,U.N.O Nweze, said the reason for barring journalists and the Lawyers from the proceeding, was because, it was an in-house matter.

“So, it is not everything that requires to be made public in court at a stage. If it were judicial panel, probably, we allow journalists to come in, and cover the proceedings; but this one is an in-house something.

“We are a committee set up by the judicial service commission. So, we are going to report back to them. It is them that will now look at what we have done, look into it critically and take a decision”, he said.

The State Attorney-General and Commissioner for Justice, Barr Cletus Ofoke said the State Government was not behind the ordeal of Agama contrary to speculation by the PDP.