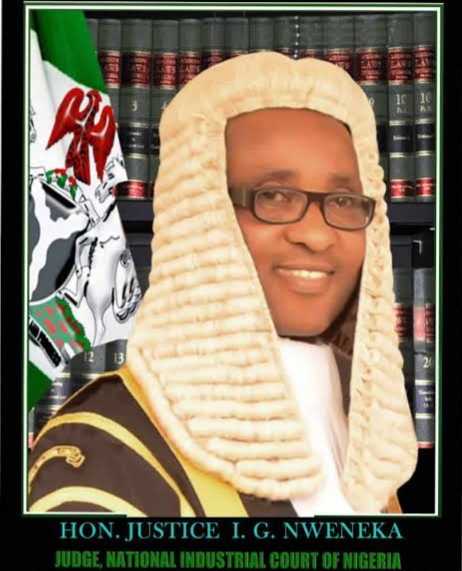 His Lordship, Hon. Justice Ikechi Nweneka of the National Industrial Court, Lagos Judicial Division has struck out the case filed by former Managing Director of Veritas Glanvills Pensions, Mr. Adebayo Adesina against the firm for lack of Jurisdiction.

From facts, the claimant- Adebayo Adesina had approached the Court via originating summon sought amongst others for a declaration that the Veritas Glanvills Pensions petition dated 12th day of February 2019 against him constitutes a violation and/or likely violation of his fundamental right to personal liberty and dignity of human persons guaranteed by the Constitution of the Federal Republic of Nigeria 1999 [as amended].

Responding to the suit, the Pension administrator counsel Umar Saka Esq. filed a notice of preliminary objection, asked the Court to strike out the suit for lack of jurisdiction, and also that the suit constitutes an abuse of court process as it prays the Court for precisely the same prayers/reliefs which has been determined by the Honourable Court.

In opposition, Learned Counsel to the claimant’s, Olumide Babalola Esq. with Ajeagbo Chukwudi Esq. submitted that the Court is clothed with jurisdiction to hear fundamental rights matters and argued that former matter was struck out and can be relisted urged to dismiss the preliminary objection.

“From the wording of Section 254C[1][d] of the 1999 Constitution [as amended], the jurisdiction of this Court on civil causes and matters relating to or connected with any dispute over the interpretation and application of the provisions of Chapter IV of the Constitution is limited to employment, labour, industrial relations, trade unionism, employer’s association or any other matter which the Court has jurisdiction to hear and determine.

Lastly, the Court ruled that the earlier suit having been struck out no longer exists and, in so far as it did not determine the rights of the parties, the Applicant/Respondent’s right to bring this suit remains alive that the allegation of abuse of Court process has, therefore, not been made out.