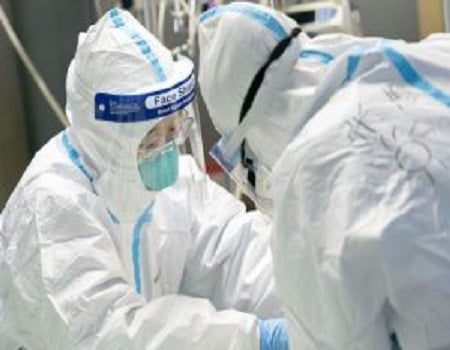 The Government of the People’s Republic of China has disclosed that infection cases of the 2019 novel coronavirus had been reported in Chinese prisons.

In the February 21, 2020, edition of the ‘Newsletter on Fighting 2019-nCoV’ made available to our correspondent in Abuja by the Embassy of the People’s Republic of China in Nigeria, the Chinese Government disclosed that several officials had been removed from their posts due to dereliction of duty.

“Infection cases of novel coronavirus, or COVID-19, have been reported in prisons in Hubei, Shandong and Zhejiang provinces in China, and several officials have been removed from their posts for dereliction of duty, according to authorities on Friday,” the Newsletter read.

It further reported that 230 cases were at the Wuhan Women’s Prison, while Hanjin Prison in Shayang County recorded 41 cases, even as it said two prison officials were removed.

“On the same day, Shandong Provincial Government also reported 207 infection cases in Rencheng Prison in the city of Jining.

“According to the local government, a prison officer in Rencheng Prison was isolated in hospital after showing cough symptoms on February 12. He was diagnosed of novel coronavirus pneumonia after nucleic acid testing the next day.

“Local authorities have completed nucleic acid tests of all relevant personnel in the prison. At present, effective isolation and treatment measures have been taken for all confirmed patients.

“The provincial government immediately took a closed management of the prison, and started health screening and isolation work.

“A total of 34 cases have also been reported at Shilifeng Prison in Zhejiang Province, said local authorities, adding these were imported cases and two prison officials have been removed from their posts,” CGTN wrote.

Meanwhile, the Government of the People’s Republic of China, has said daily cured and discharged cases nationwide had surpassed 2,000.

The government also said as of 24:00 on February 20, 2020, the National Health Commission of China received 75,465 reports of confirmed cases on the Chinese mainland, including 2,236 deaths and 18,264 patients cured and discharged from hospital.

“So far, 120,302 are now under medical observation, who have been identified as having had close contact with infected patients.

“The number of confirmed infections in China’s Hong Kong (68, incl. 2 death, 5 cured) and Macao (10, incl. 6 cured) special administrative regions and Taiwan province (24 incl. 1 death, 2 cured) had risen to 102 in total, according to the commission,” the Chinese Government said.