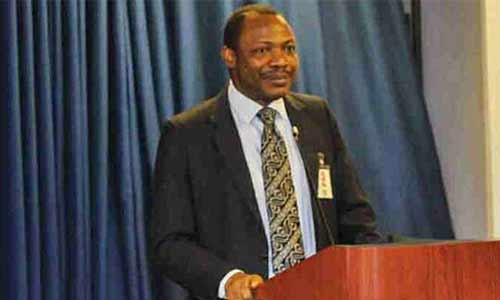 The Director, Centre for Preventive Action, Nigeria, a conflict prevention and resolution outfit with international recognition and affiliation, Nnabuike Edechime, has died.

He died at the age of 56 in a Dubai hospital after a brief illness.

As announced by the family.

Until his death, Edechime was the Legal Assessor to Architect Registration Council of Nigeria. He was also the Principal Counsel of Veritas Chambers as the Attorney at Law and Legal Consultant engaged in corporate and commercial law practice/consultancy, arbitration and dispute resolution. The firm is based in Lagos.

He was a state counsel for the Ministry of Justice, Lagos.

Confirming his death, a family member and one of the partners with Veritas Chambers, Chukwuma Edechime, said the burial arrangement would be announced at a later date by the family.

His younger brother, Ben Edechime, also a partner in Veritas Chambers confirmed his death as well.

He studied law at the University of Nigeria, Enugu Campus, and was called to the Nigerian Bar in 1987. He later proceeded to the University of Lagos where he did his Master’s in Commercial/Company Law in 1992, followed by Public Administration and Human Resource Management in the same university in 1997.

He was an Alumnus of United States International Visitors Leadership Programme in 1998.

He had his LLD in view at Babcock University before he passed on.

Edechime was leading the fight against the marginalisation of the Greater Awgu people of Enugu State and was one of the foundation members of Greater Awgu Leadership Forum, an organisation he remained the chairman of until his demise.

He is survived by his wife, four children, and his aged mother.