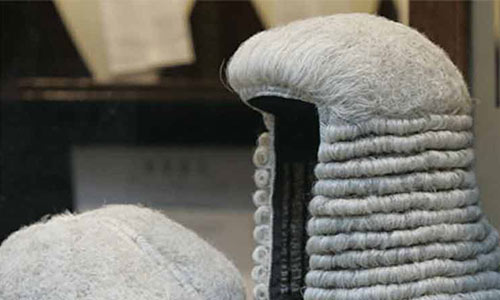 No fewer than twenty-five staff of the Niger State Judiciary have been sacked by the Judicial Service Commission, NJSC, over alleged certificate forgery.

Confirming the sack, the Secretary of the commission, Abdulraman Ahmed Garafini in Minna, said the twenty-five staff were dismissed after the commission considered their case based on the findings of the state’s staff verification committee at the conclusion of its assignment in the state

According to him, the Engr Ibrahim Panti committee on staff verification set up by Niger State governor Abubakar Sani Bello in 2021 discovered that the certificates of the sacked judicial personnel were forged and it recommended their dismissal from the service.

It was further gathered that the dismissed workers were mostly of the junior and intermediate staff cadre.

Similarly, a Shariah Court Judge and his Court Registrar were said to have been dismissed for allegedly diverting money from sales of inheritance estates to the tune of N400m belonging to a popular family in the state.

Garafini explained that the family of the deceased had petitioned the Shariah Court judge and the registrar, to the office of the Grand Khadi who in turn forwarded it to the NJSC for determination and the two were found wanting leading to their dismissal.